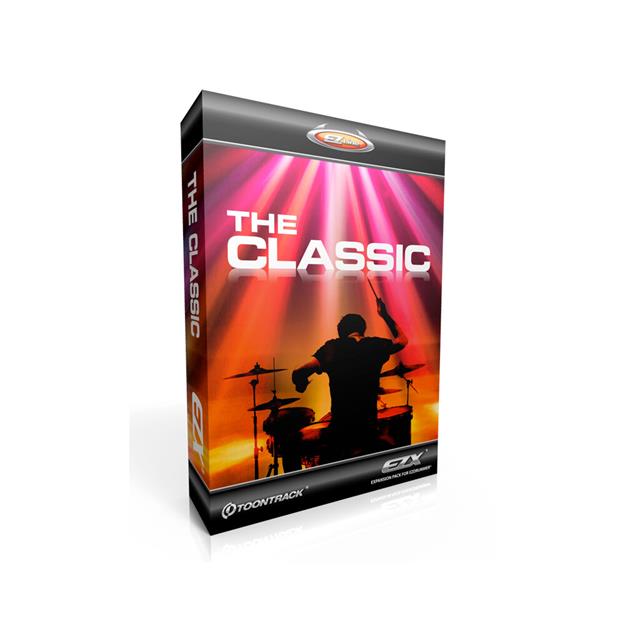 The Classic EZX is a drum library with a modern sound that combines all the advantages of modern recording techniques with the legendary sound character of a Helios recording console, a mixing console that has significantly influenced the album productions of bands such as The Rolling Stones, Led Zeppelin, The Who and many others.Whether it's a slamming 70's rock song or lean and compact pop from the latest charts, the drum sounds of The Classic EZX fit perfectly into any kind of mix.The Drum Kits:The Classic EZX makes instruments from three fantastic drum manufacturers digitally available: Yamaha, Noble & Cooley and Craviotto.The Recording Mixer:The Helios console is rightly called the "Musician's Choice" recording mixer and, after nearly 40 years, is still considered one of the best-sounding mixing boards of all time.The artists:The Classic EZX was produced by Peter Henderson (Paul McCartney, Rush, Frank Zappa, Jeff Beck, Tina Turner, Ringo Starr) and Chris Whitten (Edie Brickell, The Waterboys, Paul McCartney).The microphone setup:The Classic was recorded using two different setups. One consisting of a contemporary multi-microphone configuration, the other with only four microphones, a so-called "4 Mic Setup". This recording configuration was instrumental in creating the characteristically organic sound of countless major album productions of the 1970s - a sound that is undoubtedly experiencing its rebirth in music at the top of the current charts.The MIDI Grooves:The Classic EZX features two comprehensive MIDI libraries, recorded by both Chris Whitten himself and drummer Peter Fredlander. Peter's library is laid out in different songs with variations of 4-8 bar MIDI chunks. Each song is also accompanied by a jam track of the entire song from beginning to end. In Chris' library you will find countless of his characteristic and very individual grooves a journey through the greatest hits of his impressive recording and touring history.

The code we provide with the invoice, has to be registered as a new product in the free to create Toontrack user account on www.toontrack.com . Afterwards, the complete download of the software is possible directly from the Toontrack user account/product manager. The licence code is delivered by email, usually on the same or the following working day. An internet connection is required to download the purchased item from the manufacturer's website.
Technical data