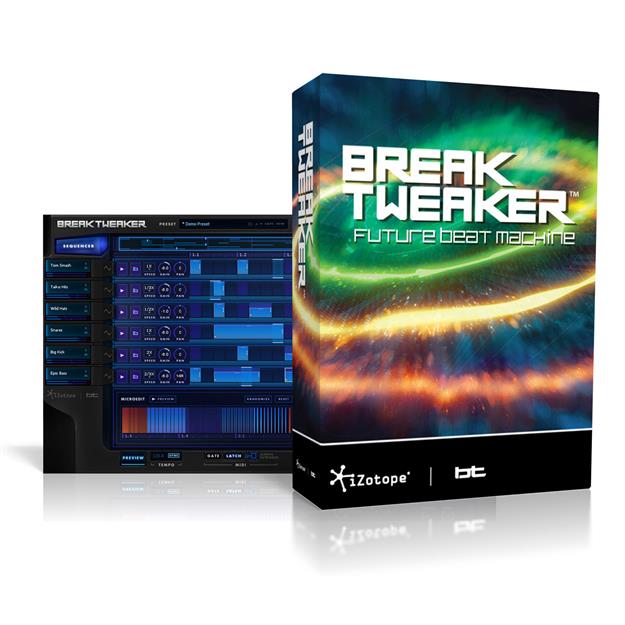 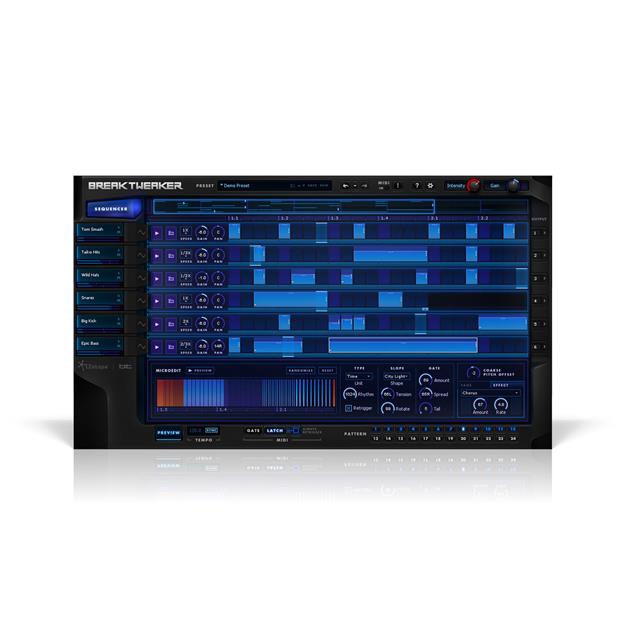 Developed by iZotope and producer, DJ and remixer legend BT (Brian Transeau), the Beat Machine of the future blurs the lines between rhythm and melody to deliver inspiring and unheard beats. Compatible with any major DAW, BreakTweaker consists of 3 powerful modules: a 6-track sequencer (for creating up to 24 individual step patterns), the Generator, a powerful drum synthesiser for sound shaping with one-shot samples, morphing wavetables, effects, 4 LFOs as well as 4 envelopes and the Micro Edit Engine, the icing on the cake that lets you get down to the nitty-gritty and bend your beats to the molecular level. Micro Edit Engine and the integrated sequencer open up completely new possibilities for breathtaking sound design. Individual steps in the pattern can be divided into thousands of slices that can generate harmonic, tonal or rhythmic effects. Each track can also have a different tempo and length. BT and the developers of the American software company have already created the cutting-edge performance effect Stutter Edit, one of the wackiest plug-ins of the last few years, and with Break Tweaker they are following up with a powerful drum tool that will have a lasting influence on the music production of the future with its completely new rhythmic possibilities. For an instant AHA experience, more than 80 presets and a superior drum sample library developed by iZotope, BT and other top producers are included. Specifications The licence code is delivered by email, usually on the same or the following working day. An internet connection is required to download the purchased item from the manufacturer's website.