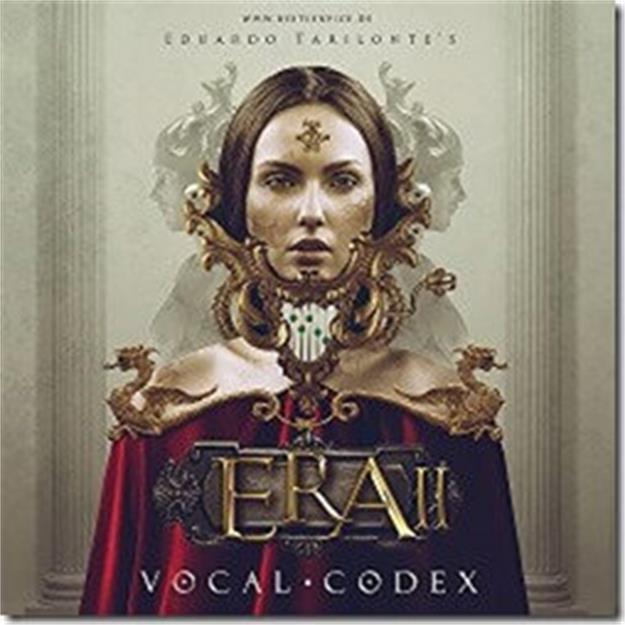 Eduardo Tarilonte Vocal Codex - Voices of the PastVocal Codex is the perfect complement to Era II Medieval Legends from 2015, as this production completes the extraordinary medieval library with 4 authentic-sounding solo voices. Eduardo Tarilonte, the creator of many award-winning libraries such as Forest Kingdom, Desert Winds, Epic World and Shevannai, has recorded an extensive library of historical vocals with an incredibly convincing sound to match Era II.The Vocal Codex library, designed for the Engine Player, is thus the ideal instrument for film/TV soundtracks with a historical background or contemporary modern, but also for fantasy games, New Age music and medieval rock, both on its own and in combination with Era II.Vocal Codex transports the mood and sound aesthetics of the Middle Ages and past times into a DAW-based production environment. The carefully programmed interface of the engine player makes it easy to work with the library, so that the voices inspire the musician and he can fully develop his creativity.Vocal Codex consists of over 14,000 samples with a data volume of 8.5 gigabytes. Two female and two male solo voices were recorded in detail. With five true-legato vowels (A, E, I, O, U) per voice, velocity-dynamic triggering of syllables and comprehensive controller control, extremely realistic-sounding vocal passages can be realised. In addition, there are 30 atmospheric and inspiring soundscapes that round off the library with correspondingly atmospheric sounds.The library relies on elaborate multisamples with several dynamic gradations, various articulations and real legato samples. The licence code is delivered by email, usually on the same or the following working day. An internet connection is required to download the purchased item from the manufacturer's website.