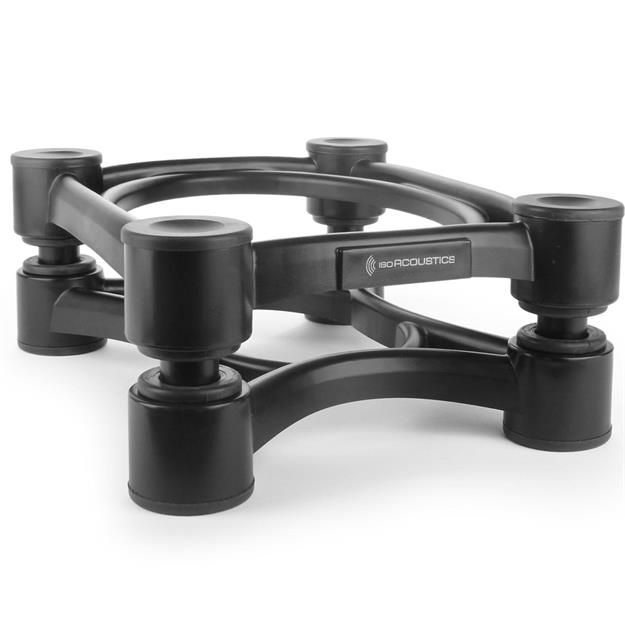 IsoAcoustics isolators prevent the transfer of speaker energy to surrounding surfaces and effectively decouple the speaker from its substrate, whatever the material. By allowing the speaker to float in open space, your music can be transmitted undistorted. The flanges on the top isolators act as suction cups and the top frame is "under tension" with the speaker, while the bottom flanges adhere to the support surface. The efficiency of the decoupling depends on the shape of the isolator, the volume of material and the stiffness. The opening of the isolator element, the inner cone and the concave, hollow end create a compliant system to accommodate the support tubes. As a speaker cone moves forward, its speaker enclosure tends to move back, as described by Newton's third law (force equals opposing force). Through simulations and measurements, IsoAcoustics has found that when the opening of the isolator is stretched and aligned with the direction of movement of the transducer, the support tubes move forward and backward. The stand is a parallelogram-like structure in which the isolators are tuned to resist lateral movement while responding to the energy in the speaker enclosure.The patented design of IsoAcoustics' decouplers is designed to compensate for this counter-movement so that the diaphragm and enclosure move with the top decoupler part in the direction corresponding to the sound source. The result is tighter bass, more precise localisation and clearer overall reproduction. 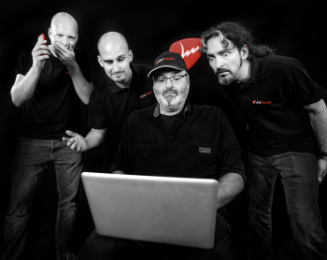 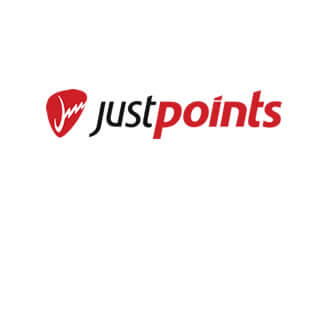