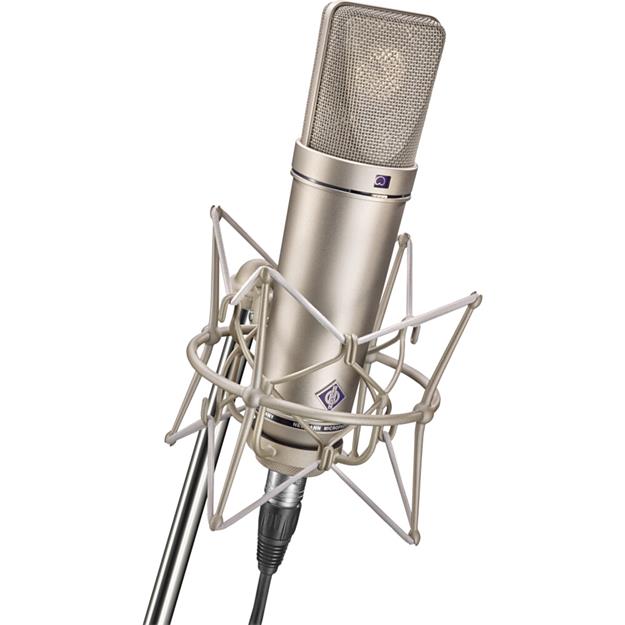 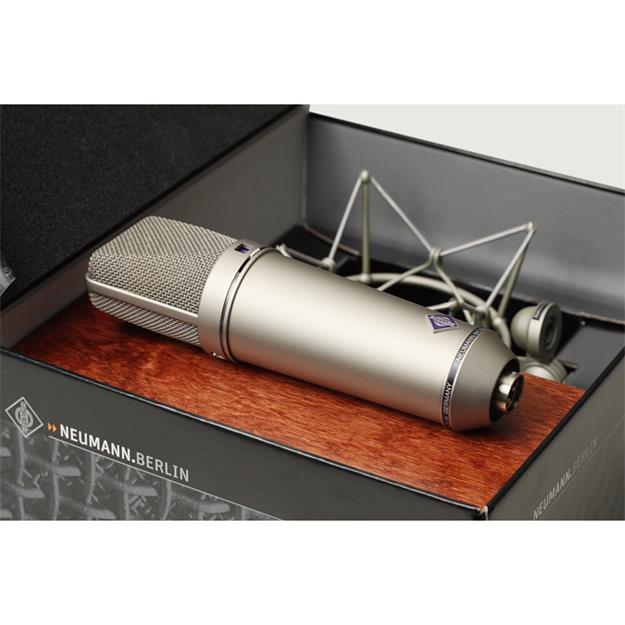 The U 87 is probably the best known and most widely used Neumann studio microphone. It is equipped with a large double diaphragm capsule with omnidirectional, cardioid and figure-of-eight polar patterns, which are selected via a switch on the capsule head. 10 dB pre-attenuation is provided by a switch on the rear panel. This allows the microphone to transmit sound pressure levels of up to 127 dB without distortion. Furthermore, the frequency response can be attenuated in the low frequencies, e.g. to compensate for the proximity effect.Applications:The U 87 Ai condenser microphone is a switchable large-diaphragm microphone that is distinguished by its transmission characteristics, various switching options and pleasing shape.It is equally well suited for a large number of applications in radio, television, film and sound recording. It is used as a main microphone for orchestral recordings and as a support microphone for individual instruments, but mainly as a vocal microphone in all types of music.Acoustical characteristics:The direction of incidence is lateral, with the front marked by the company label.The frequency response is practically linear for the cardioid and figure-of-eight characteristics, even in the upper audio frequency range for frontal sound incidence.This means that the microphone can be used at close distances from the sound source without producing an unnaturally sharp sound.As a measure against noise, an electrical high-pass filter cuts out sound at lower frequencies.Polar patterns:The elastically mounted double diaphragm capsule is surrounded by a large wire mesh basket. A switch below the basket allows you to select omnidirectional, cardioid or figure-of-eight polar patterns. A window above the switch shows the setting in symbols.Scope of delivery U 87 Ai Studio Set
Technical data