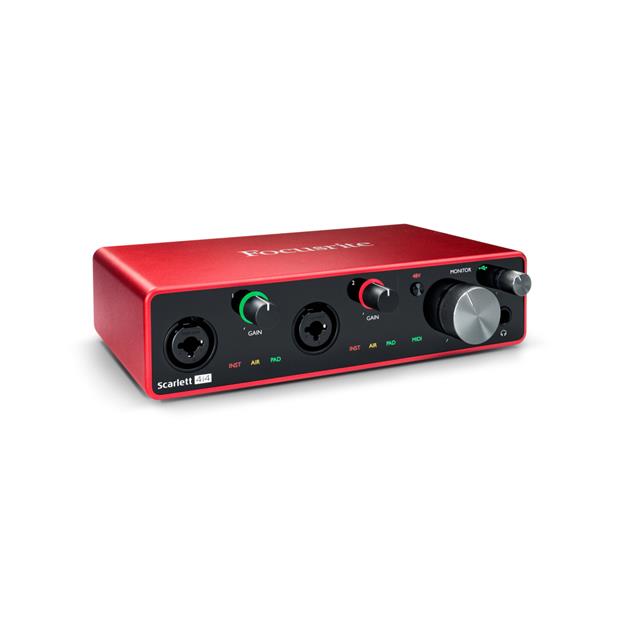 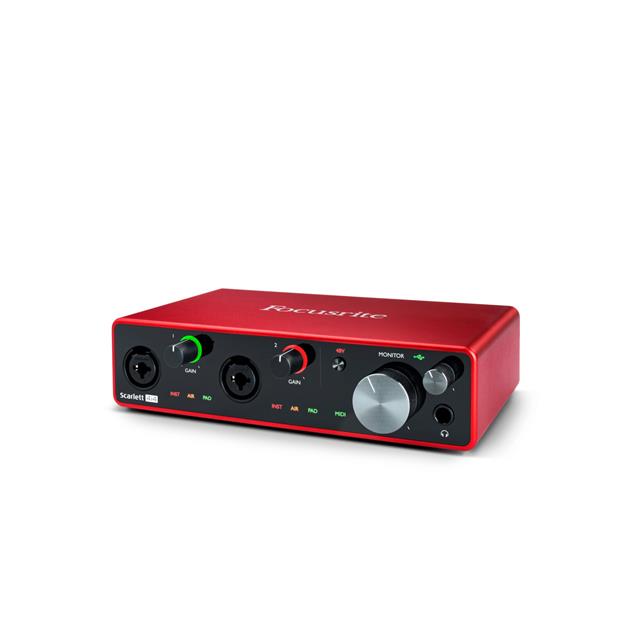 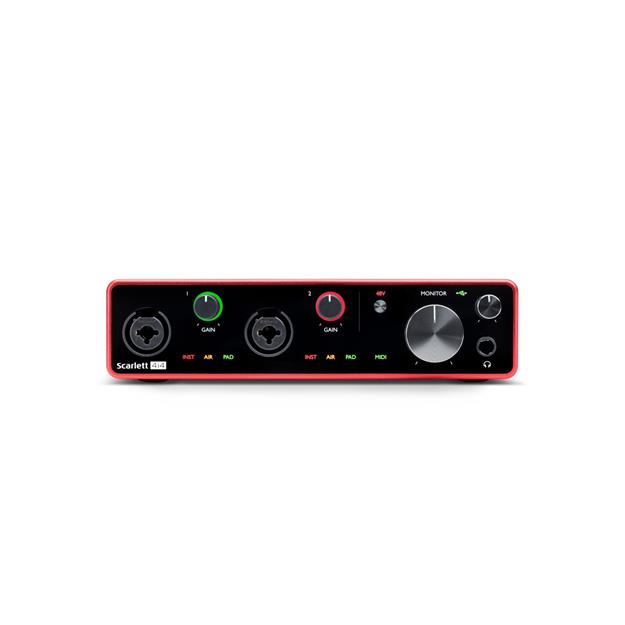 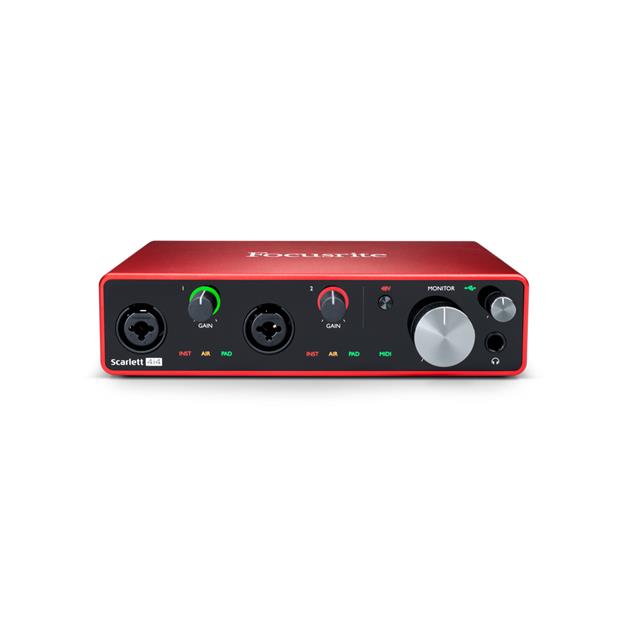 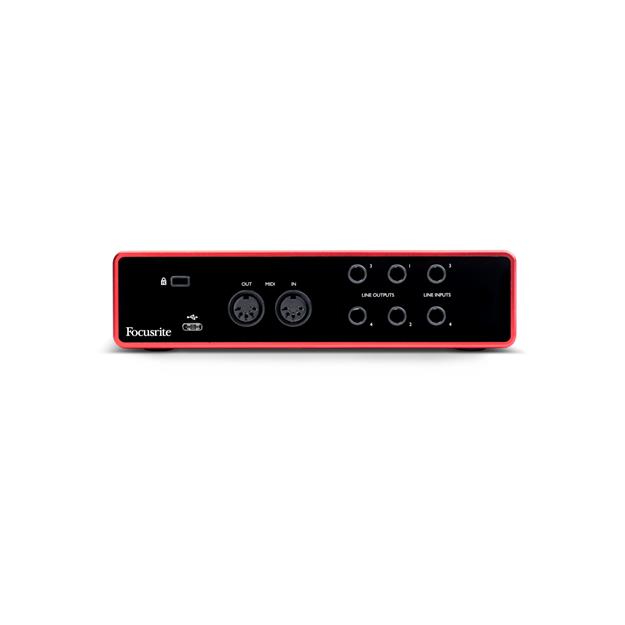 The Scarlett 4i4 is the perfect audio interface for musicians and producers who want to expand their setups and need some extra connections. Take your creativity to the next level with four inputs and four outputs that let you simultaneously record microphones, instruments, synthesizers and drum machines with the highest audio quality. Equipped with powerful AD-DA converters at up to 24-bit/192 kHz, Scarlett guarantees the same professional sound quality for the entire third-generation series.

The Scarlett 4i4 features two of Focusrite's most compelling third-generation Scarlett mic preamps, with optional Air mode to replicate the Air effect of the original ISA mic preamp, giving your vocal and acoustic recordings a brighter, more open sound.

Record guitars or basses through the two instrument inputs with plenty of headroom, without worrying about clipping or unwanted distortion;And let your creativity run wild with the four flexible line inputs, including two with gain controls on the front and two fixed level inputs on the rear. You can record up to four mono sources or two stereo sources at line level, such as synthesizers or drum machines, with guaranteed crystal-clear sound.

A pair of virtual loopback inputs lets you record a stereo feed with any combination of hardware inputs and software playback channels, making podcasting, live streaming and sampling a breeze.

The Scarlett 4i4 is ready for the rough and tumble of touring and connects directly to your Mac or PC via a USB cable; you don't need an external power supply. The interface comes with all the software tools you need to get started: two comprehensive DAWs, Ableton Live Lite and Pro Tools First Focusrite Creative Pack, Softube's Time & Tone Bundle, Focusrite's Red Plug-in Suite and one of four Addictive Keys of your choice from XLN Audio.

And as if that wasn't enough, Focusrite, in partnership with Splice, is offering 3rd generation interface owners a free 3-month subscription to Splice Sounds when they create a new Splice account. Splice Sounds offers millions of high-quality, royalty-free individual sounds, loops and presets with new releases from your favourite producers, sound designers and artists every day. Artists can use Splice to work on a wide range of music styles, including chart-topping pop, Grammy-winning albums, underground mixtapes and film scores.

And of course, as with all Focusrite products, you'll benefit from membership of the Plug-in Collective, which offers free software downloads and great discounts, as well as a two-year warranty and award-winning customer service. .

Collect 25 points through your review!
Log in and write a review
All reviews  Read
Customers also bought