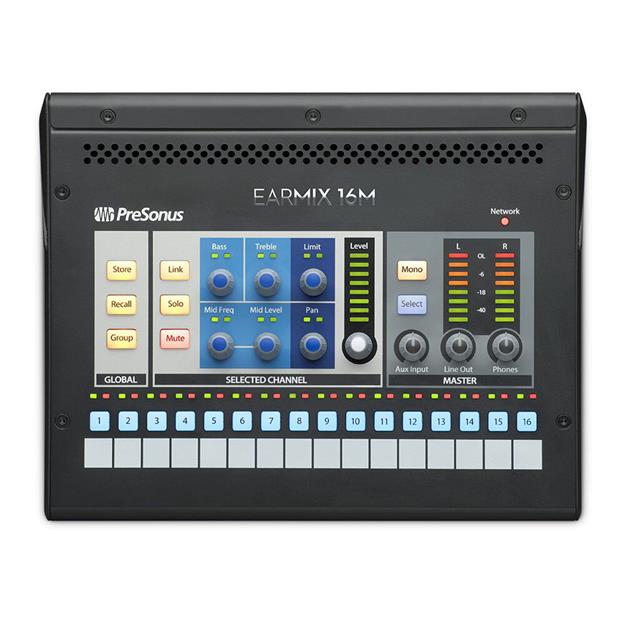 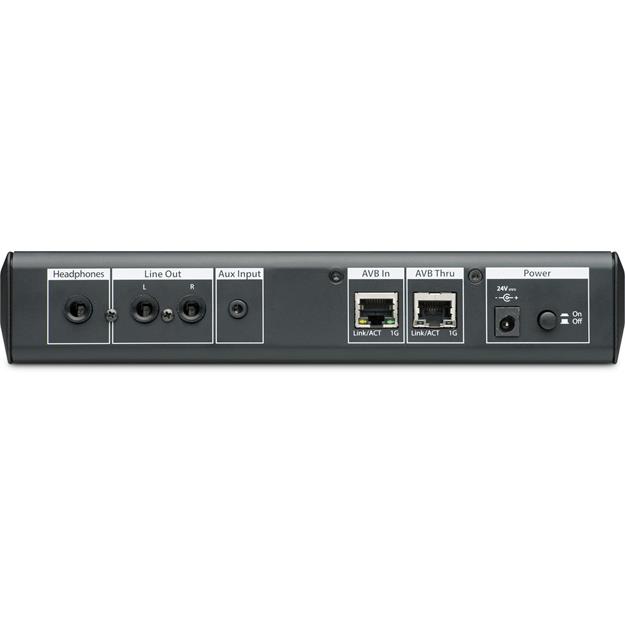 With the EarMix 16M, Presonus presents a fantastic AVB Personal Monitor Mixer, which was also specially developed for mixing consoles of the StudioLive Series III and is mainly used in recording studios. But it can also make sense on stage, e.g. for keyboardists or drummers. Musicians who are provided with this personal monitor mixer can then easily adjust their monitor sound themselves.The 16 input signals are fed in via a CAT5e or CAT6 cable from the Series III console.Several (up to 24!) EarMix 16M can be operated cascaded via AVB (daisy chain) or coupled with each other via the new AVB switch SW5E. Power is supplied via the enclosed external power supply unit or from an AVB device with PoE ("Power over Ethernet") from e.g. the AVB switch SW5E. The EarMix 16M is basically a full-fledged 16-channel digital mixer with a mini-fat channel, i.e. a 3-band EQ and a limiter, which can be set separately for each input channel. Neighbouring inputs can be linked with Stereo Link, and related inputs can be grouped using the Channel Group function. The input channels can be muted (Mute), monitored in isolation (Solo) and distributed in the stereo sound image (Pan). The sum can be switched to mono if necessary and is output via the master line out (jack L/R, balanced) and the headphone jack (6.35 mm). .
Technical data