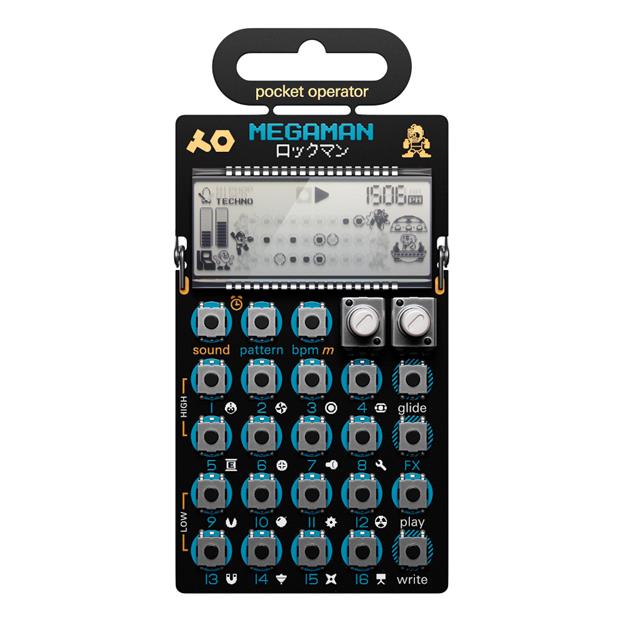 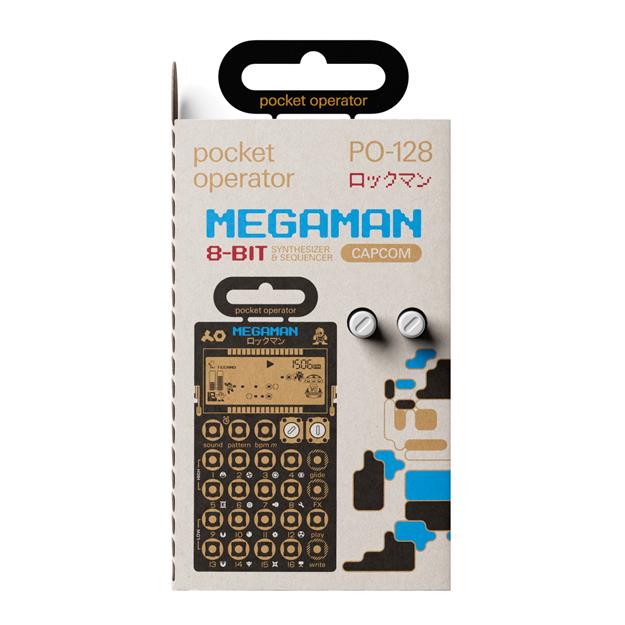 The PO-128 is a combination of live synthesizer and sequencer.
The integrated 8-bit sounds, based on the Mega Man game series, can be played live and controlled by the internal 16-step sequencer and processed with effects. The 80s are back at the push of a button!

This Pocket Operator is also powered by 2 standard micro batteries. In addition, each Pocket Operator has an animated LCD display, a built-in speaker, bent wire stand, sync , line inputs and outputs (3.5 mm jack) and conveniently an integrated alarm clock. Per parameter lock, automations can be recorded per step.

LINE OUT L/R
LINE IN