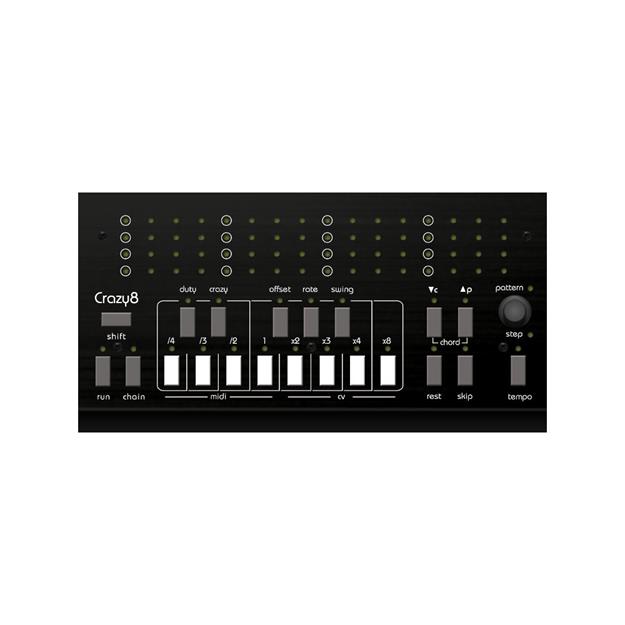 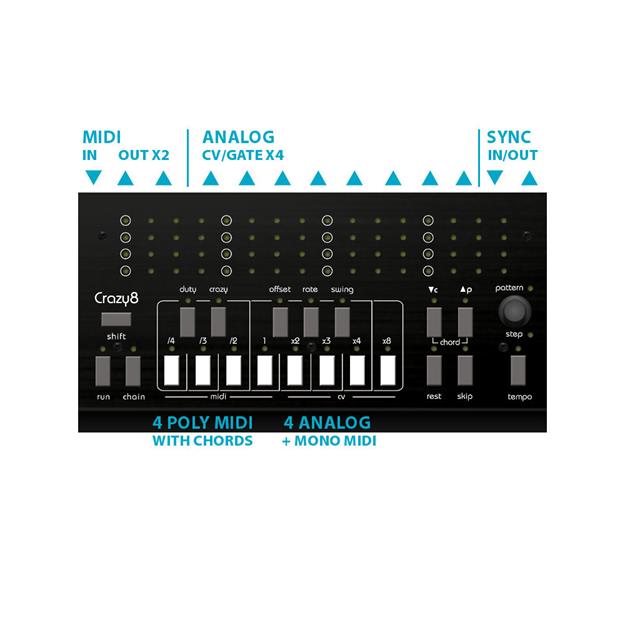 Crazy 8 is a compact, straight forward 8-track step sequencer without hidden menus or other creative traps.

As you might expect, the 8 stands for the number of possible tracks. A total of 4 monophonic tracks are available for CV/Gate as well as 4 additional polyphonic MIDI tracks including chord function. On the rear of the little Frenchman there are no less than 8 analogue jack sockets (4x CV/Gate) as well as 2 MIDI outputs and a MIDI input for the connection to the outside world. There are also analogue sync sockets which, like MIDI on the Crazy 8, are minijacks. There are 16 steps per pattern, whereby 8 patterns can be chained for up to 128 steps. All tracks can be independently fast and of different lengths. Of course, as with the Acid 8 MK2, tracks can also be played backwards, alternately or randomly.

The special highlight, however, are the duty and crazy functions, with which, for example, notes are played or not played at a certain probability or sequences are supplemented with further notes at an adjustable probability. Mute and transpose buttons, which are easy to reach, are designed for live use. An 8-step swing function including 2 modes provides the right groove. Data can be transferred and saved via SYSEX.