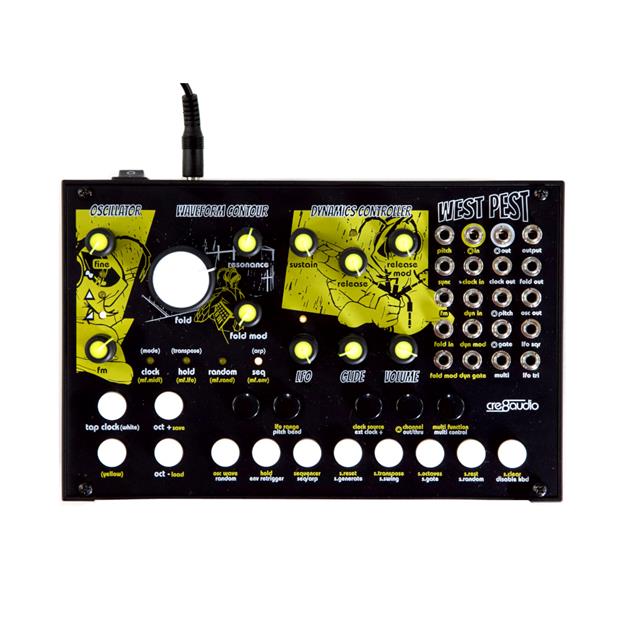 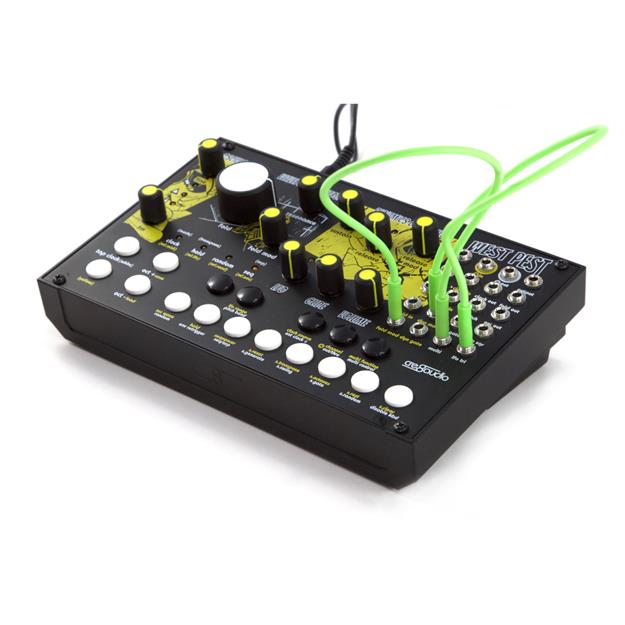 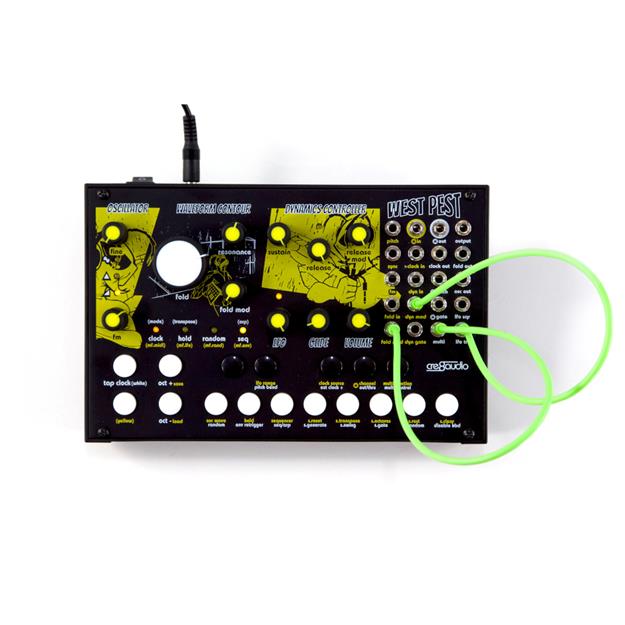 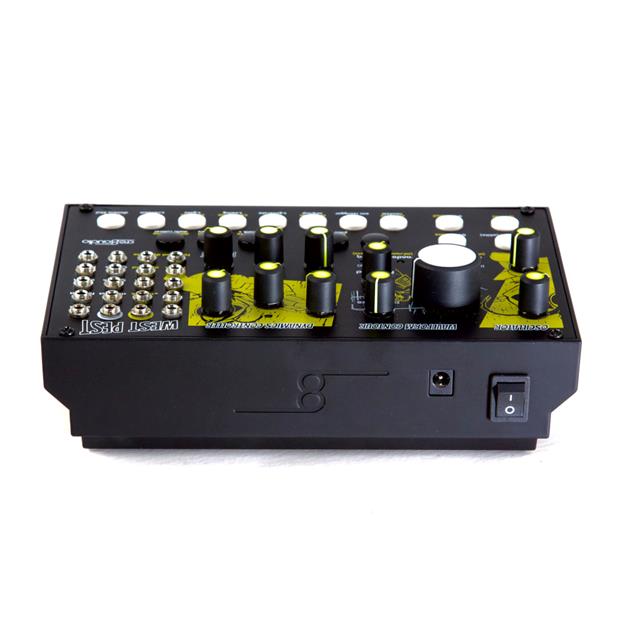 Desktop Synthesizer
New in the shop
349.00 €
incl. VAT plus shipping costs
Not in stock
Check pick up on site
Availability at our locations
Contact For general questions please contact us by email
info@justmusic.de
Add to wish list
Compare item
Questions about the article
Item too expensive?
Description Data sheet Downloads Tonepedia Reviews

Like its brother from the East (East Beast), West Pest was developed by cre8audio in collaboration with Pittsburgh Modular Synthesizers. Its oscillator is the result of 10 years of dedication to the continuous advancement of analogue oscillator research and development. Constructed from 100% modern components, it is highly tunable and has a super rich, unique sound. With a custom wave-folder, its sound can be further shaped. It adds extra dimensions to the already great sounding oscillator core. The integrated Wave Folder takes what traditional wave folding circuits have been doing for years and sets a new standard by allowing the user to fold previously unfoldable waveforms.

West Pest features a Dynamics Controller that breathes the authentic West Coast vibe into the sound. It combines the functionality of a VCA with a low-pass filter to mimic the behaviour of sound waves in the real world by dynamically changing the harmonic content with the volume of the sound. The Dynamics Controller is a Pittsburgh Modular invention that adds a dimension of control over a low-pass gate circuit without vactrols and increases release time.

The West Coast style is typically characterised by additively derived, rich and complex sounds. Often traditional interface elements are replaced by abstract and experimental elements. However, West Pest does not require a really deep dive into abstraction: it offers a wide range of sonic possibilities with a quick and easy workflow. Fresh and inspiring sounds can be created in no time at all. The enormous sonic capabilities of West Pest are hidden behind a modest exterior in the form of a bento box (without rungs).

West Pest is semi-modular in design and has 8 different patchable modules (oscillator, wave contour, dynamics controller, LFO, multi-mod tool, sequencer, MIDI/CV converter and mini keyboard) with a whopping 18 Eurorack-compatible patch points to connect to itself and other devices.

Yes
No
No
No