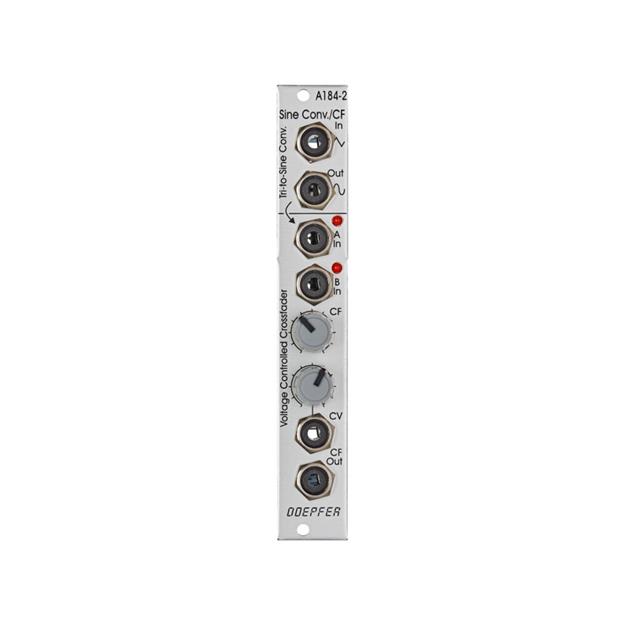 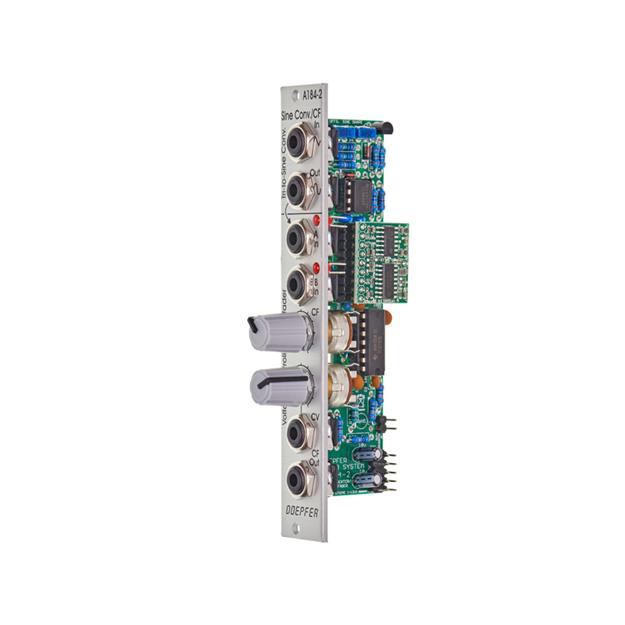 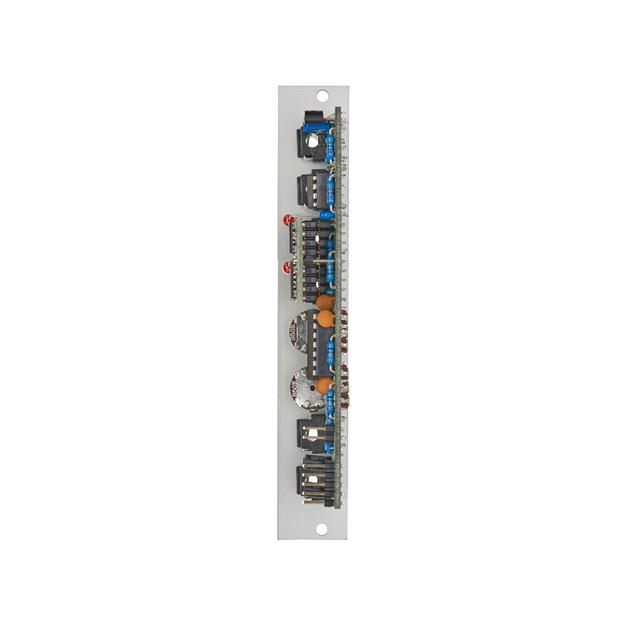 The A-184-2 contains two independent circuits. On the one hand, there is a converter that transforms a triangle into an almost perfect triangle, very practical as an expander for oscillators with no or only imperfect sine. On the other hand, the module has a voltage controlled crossfader, which is intended for audio signals thanks to high quality SSM VCAs.

The upper part of the module, the sine converter, as mentioned at the beginning, is a very precise waveform converter for generating a very clean sine wave from a triangle wave.

The lower part is a circuit for fading two input signals to one output. This can be done manually via the CF controller or voltage controlled via the CV input. Both inputs have LEDs to indicate the signal level. The A input is normalised to the output of the sine converter.
Technical data