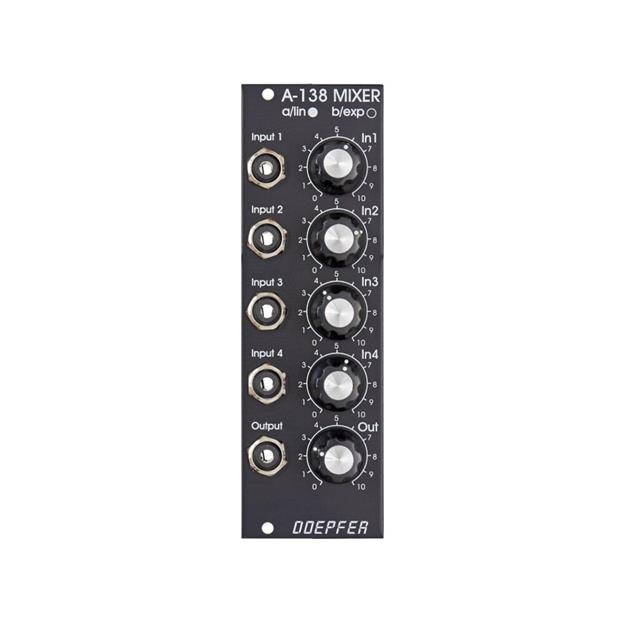 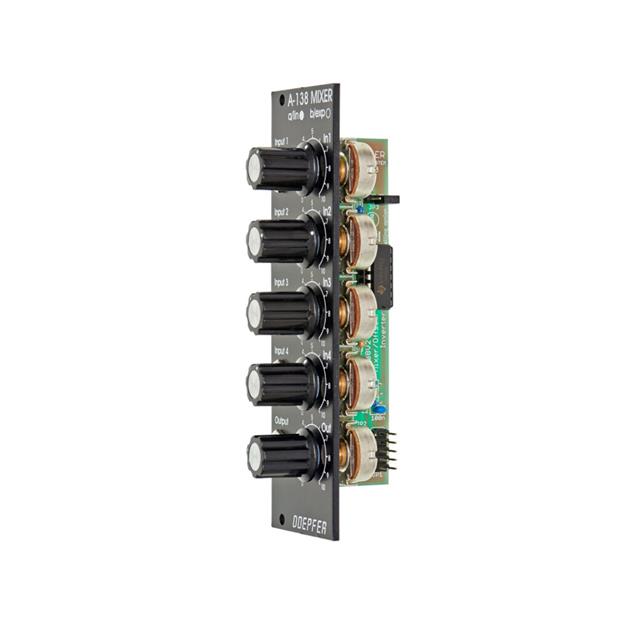 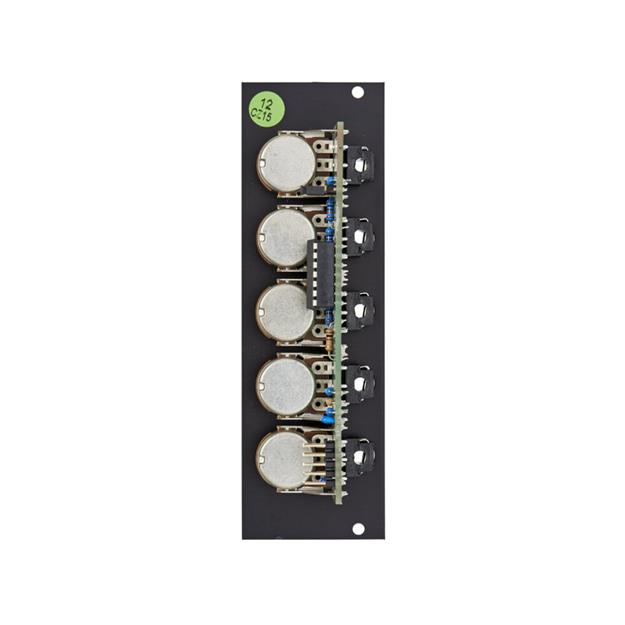 Module A-138 is a four-channel mixer that can be used for mixing control voltages as well as for mixing audio signals. Each of the four inputs has its own attenuator. In addition, the mixer has an attenuator at the output, so that this can also be the end of the audio chain. The module is supplied in two versions - A-138 a: version with linear potentiometers; primarily suitable for mixing control voltages - A-138 b: version with logarithmic potentiometers; particularly suitable for mixing audio signals. Specifications.
Technical data