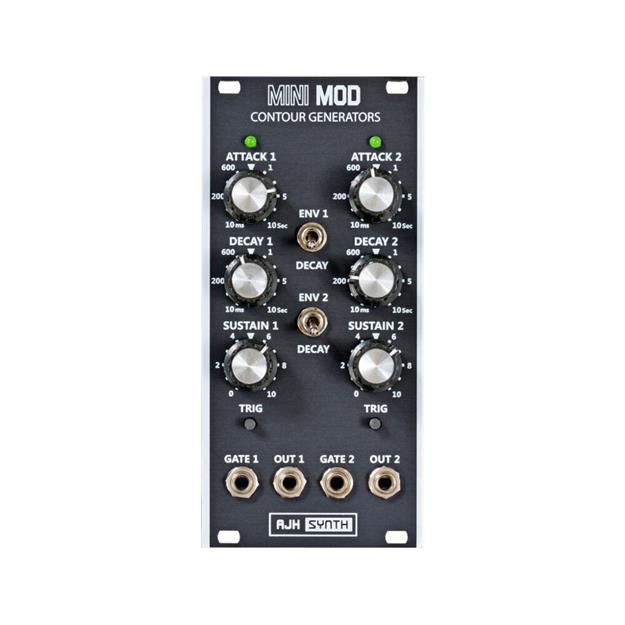 Two independent envelopes in one Eurorack module that are accurate clones of the Minimoog's envelopes. Each envelope can be used as either an AD or an ADSD envelope. .
Technical data