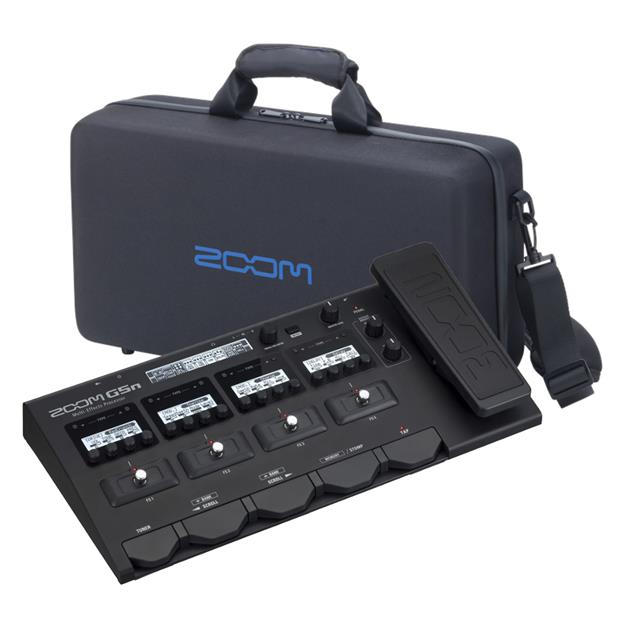 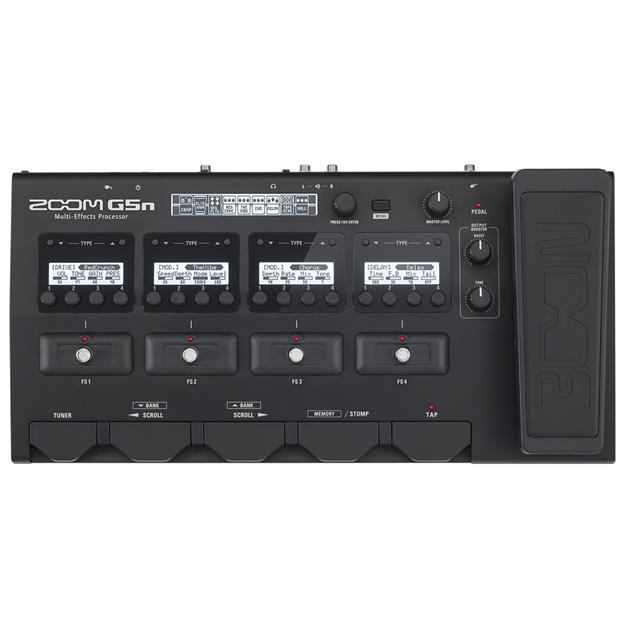 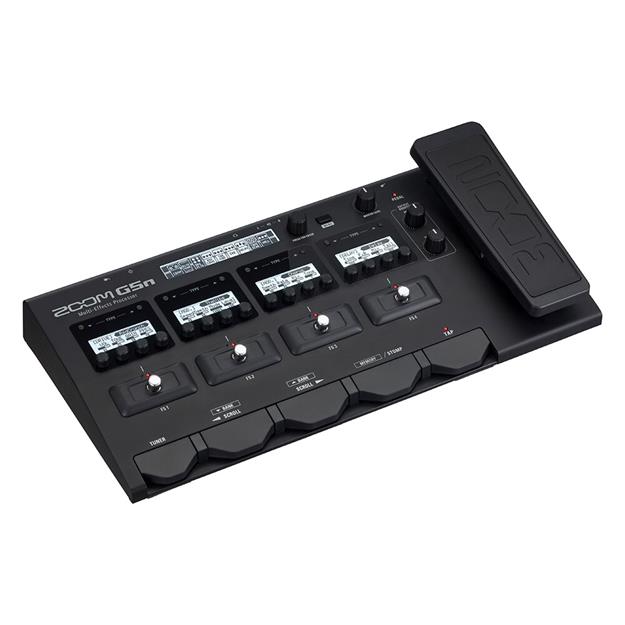 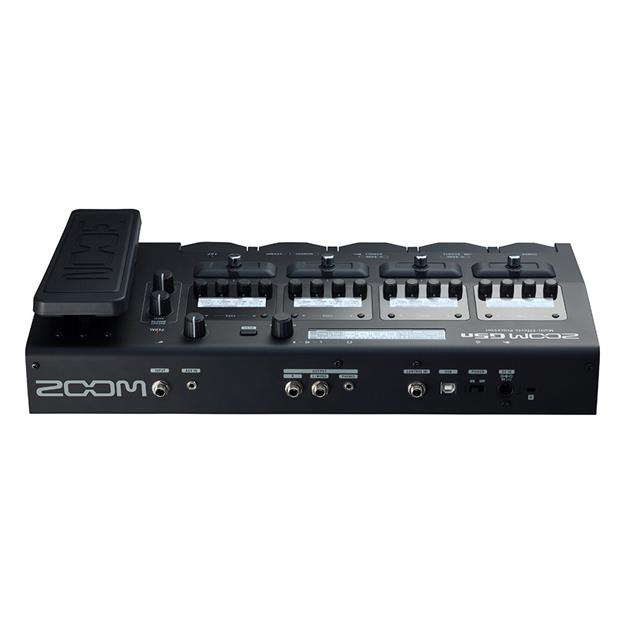 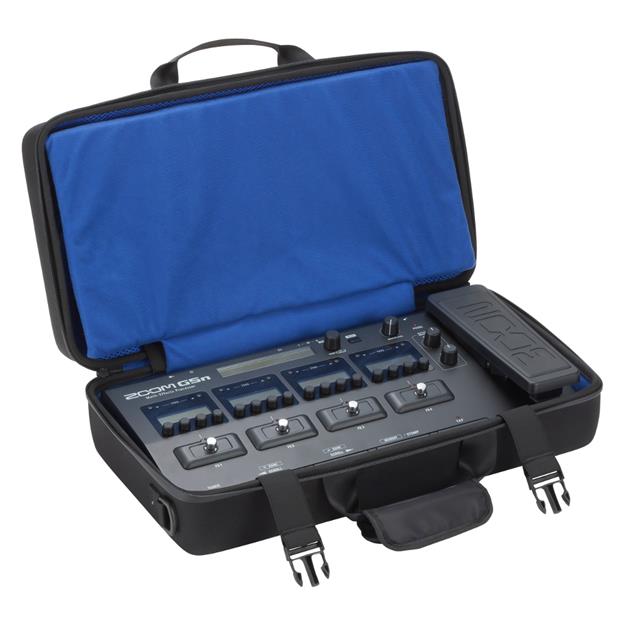 Bundle Set
You save 34.00 € compared to buying them individually!
1 x Zoom G5N
Details show
1 x Zoom CBG-5n Carrying Bag for G5n
Details show
With various amp and cabinet simulations, 68 DSP effects, a looper and a drum computer, the Zoom G5n is the complete solution for playing, recording and live performance, at least that's the claim the manufacturer wants to make. With eight foot-operated switches, which are haptically and visually separated from each other, plus an effect pedal and four controls per section, the equipment can be called comprehensive. The plastic housing makes a stable and resistant impression, which is not insignificant for an all-rounder for rehearsal rooms and Bühne.The designers have really gone to great lengths with the various amp modellings. The amp types are clearly recognisable, be it Plexi, Vox or Recto-like sounds. Compared to the predecessor, a lot has changed here. The effects are equally pleasing. The modulations seem to be smooth and harmonic, anything but sterile. So it is not surprising that some of the sounds can be found in the slimmed-down G3 series. In contrast to the G3n/ G3Xn, the Fünfer even functions as an audio interface via USB port. The sounds can of course be edited on the home computer, which should be standard nowadays. But editing the sounds on the device itself is also intuitive via the foot switch "Scroll" (bank).The 80-second looper and the integrated drum section should also be mentioned, which make the G5N a helper in almost every musical environment. In our opinion, the manufacturer has not promised too much.

The CBG-5n is a semi-rigid carrying case made of EVA (ethylene vinyl acetate) material. It is large enough to hold the G5n multi-effects processor plus a power supply and cables. It has stretch straps to hold the unit securely in place and padding to protect it from damage and impact. A padded shoulder strap is included. .
Technical data