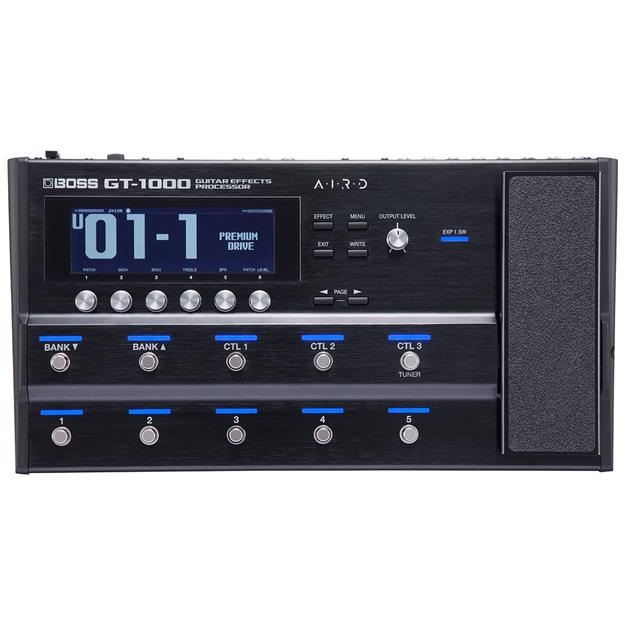 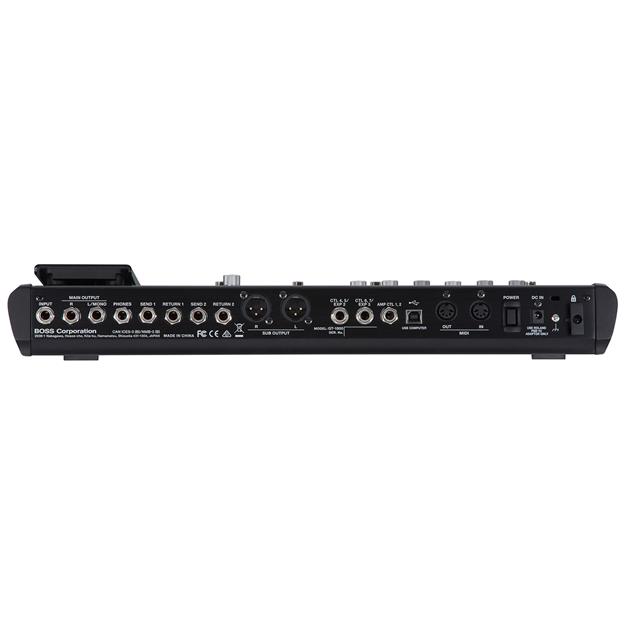 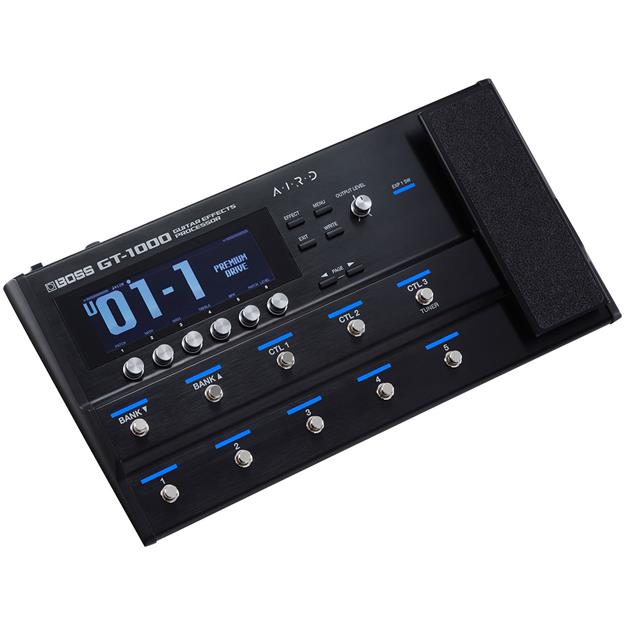 In addition to its floor pedals, which rightly deserve the attribute legendary, the Japanese also did pioneering work in the field of multi-effects processors. When the ME-5 came onto the market in 1988, it marked an alternative path away from refrigerator-sized rack systems towards compact all-in-one solutions in floor format. Boss continued to develop its technology. GT-3, GT-6, GT-10 and, last but not least, the GT-100 can be regarded as milestones. In the current model GT-1000, a new technology AIRD (Augmented Impulse Response Dynamics) takes care of the sound shaping, which promises a high resolution in the signal processing at a sampling rate of 96kHz (32Bit AD/DA conversion). Especially in the critical border areas of distorted, chrunchy guitar sounds, the differences to the originals on an Röhren basis have become even smaller than the GT-100 was able to achieve. The unit itself, like its predecessor, reproduces the complete signal path of a backline solution from the preamp to the effects chain to the speaker. It is up to the user to decide where the signal is picked up and routed to an amplifier, mixer or power amp section. Describing all the switching options, possibilities, effect combinations etc. at this point would naturally go beyond the scope of this presentation. On the Boss Home-Page the interested person may inform himself further. The GT-1000 is the flagship of the Boss multis. It is pleasant that the device has not become even bigger, but the designers even managed to reduce the size of the cabinet compared to its predecessor. A well-dimensioned display, which deserves to be called a screen because of its size and graphic quality, provides information about the current switching situation. The control options are almost infinite, which makes it possible to realise one's own optimum sound in the shortest possible time in any musical environment. The Boss Tone Central offers further sounds online, which are transferred to the device with the Tone Studio software. There, the user can find sound ideas from artists such as Gundy Keller, Steve Lukather, Gus G and others: http://bosstonecentral.com/ Translated with www.DeepL.com/Translator (free version)
Technical data