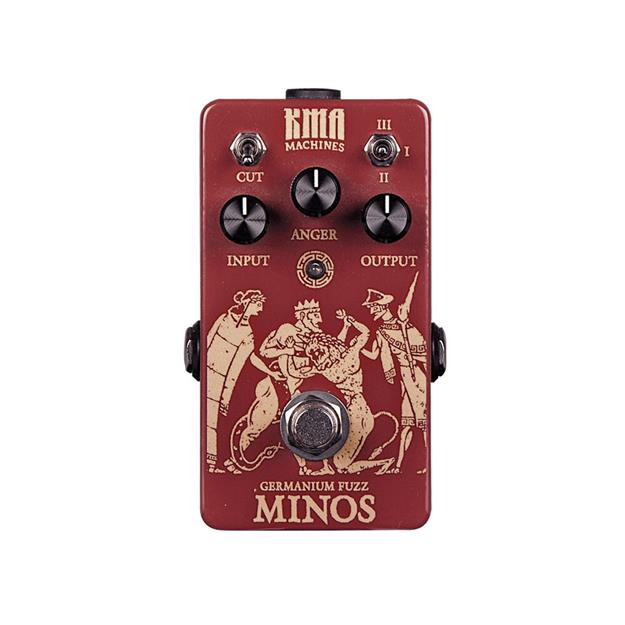 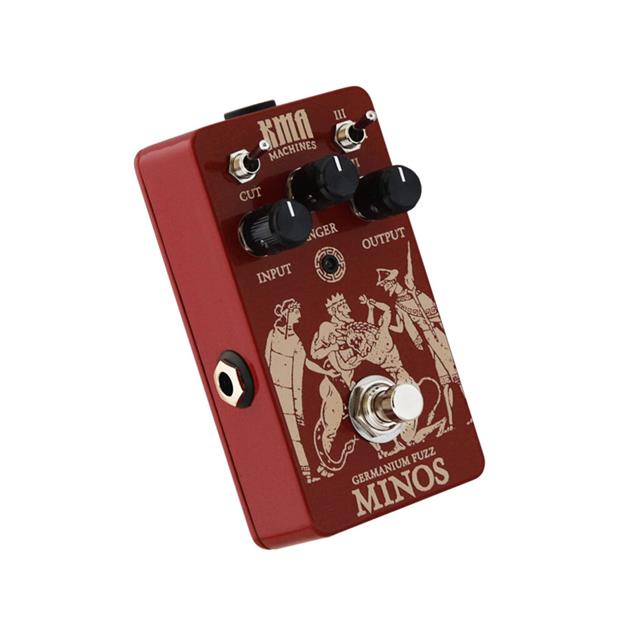 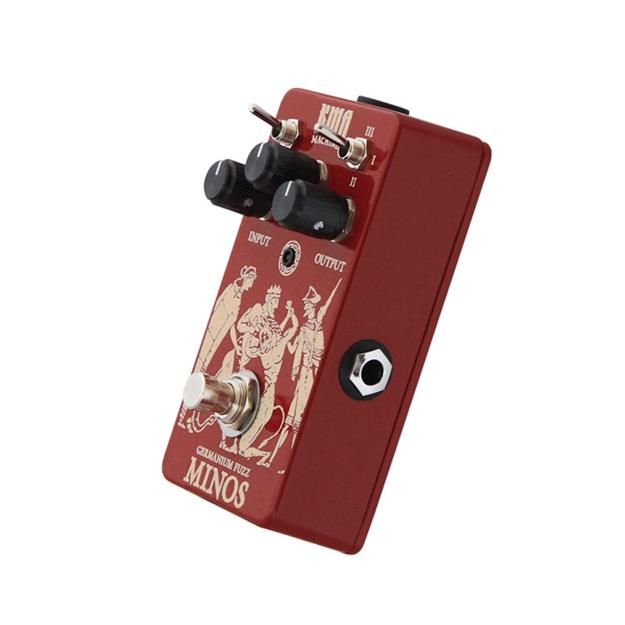 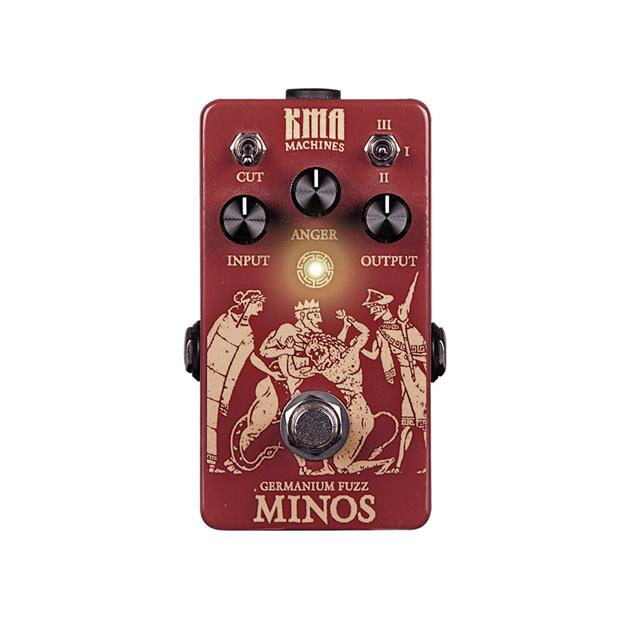 KMA is the abbreviation for Karl-Marx-Allee, a promenade in Berlin (East) whose name did not fall victim to the general renaming mania after the collapse of the GDR, because there is, after all, an equally named street in the western part of the city. The fact that the important 19th-century thinker from Trier would one day appear as an abbreviation in a series of guitar pedals whose manufacture is located in that very famous Magistrale is an example of the unpredictable twists and turns of history.The sound of the Minos is modelled on the Tonebender and the Superfuzz, cult pedals from the 1960s. Remember the first distortions of the Kinks, The Who, Cream or the Stones (Satis Faction). At that time, transistors made of germanium, which was originally used as a semiconductor material, were used for amplification. In contrast to silicon, this material has somewhat different sound characteristics. The overall sound is more pleasing, less scratchy. With the Minos, even the noise caused by the material is kept within limits.three modes, LoFi, boosting the low-mids or full fuzz sound, can be selected. The Minos is a fuzz pedal that combines modern features with traditional sounds, authentic and of high quality, ultimately as we can expect from handmade pedals.
Technical data