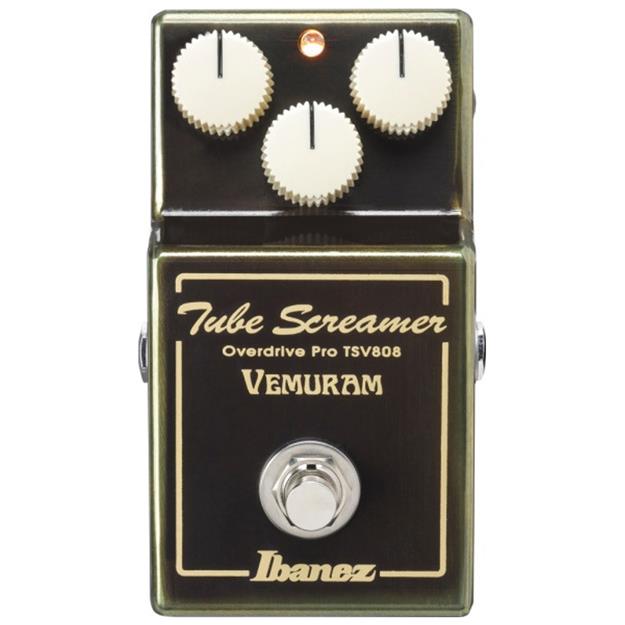 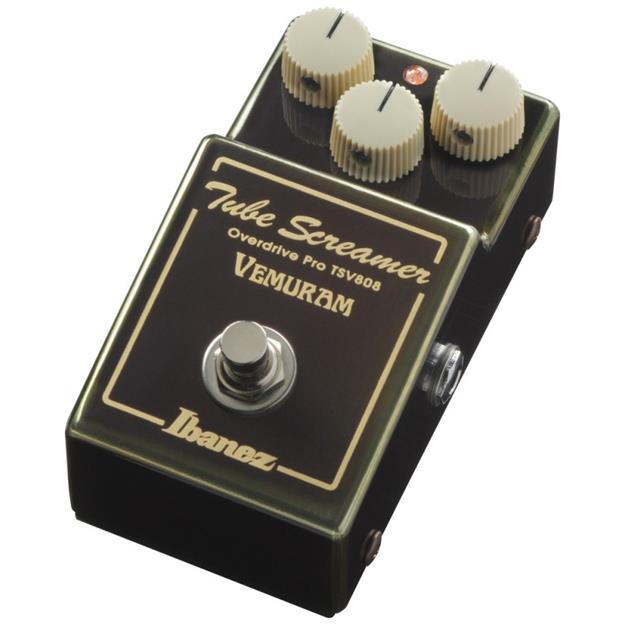 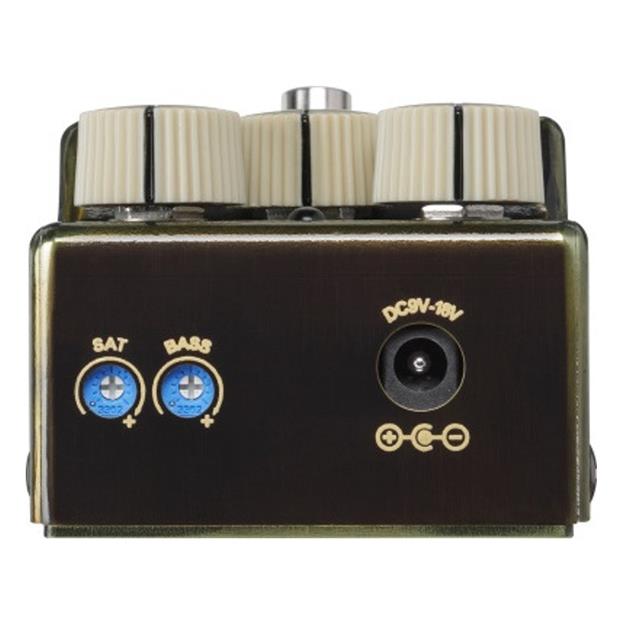 Log in and write a review
499.00 €
incl. VAT plus shipping costs
Not in stock
Add to wish list
Compare item
Questions about the article
Item too expensive?
Description Data sheet Tonepedia Reviews

The Tube Screamer is turning 40. Modified in more than 10 variations since its release and copied by a number of copycats, the green box is probably one of the most famous distortors ever built.To mark the anniversary, the manufacturer has teamed up with the Japanese noble forge Vemuram and developed a pedal that is ultimately a mixture of Ibanez' TS808 and the Jan Ray of the Tokyo boutique master. The latter had recently caused a furore and especially vintage-oriented purists were enraptured.On the top of the housing made of solid brass, which naturally ensures the best shielding results, are the traditional overdrive, tone and level controls, just like the original. On the front Vemuram has immortalised itself with two trimpots for bass and saturation. As if that were not enough, there are two dip switches under the housing plate, with which the clipping diodes can be switched differently. If you take a look inside the unit, you'll see that the components are of the highest quality and the wiring is accurate.The limited TSV808 is something for the most discerning tastes. It can not only compete with the finest floor drivers in terms of dynamics and distortion, but surpasses them by far. And it should, because it's not cheap. .
Technical data