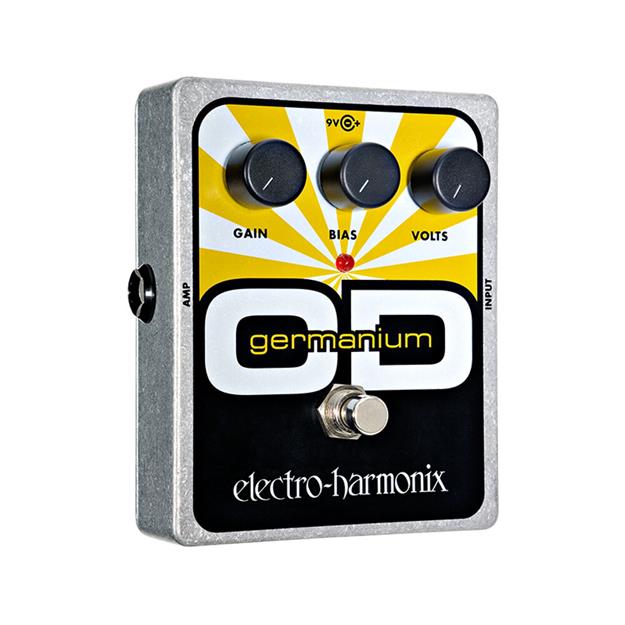 Germanium is considered the prototype of a semiconductor and is said to have the advantage that the sound is more tube-like, less transistor-like. Ultimately, the use of silicon or germanium can be explained historically. Germanium was around more and was popular in the early days of its creation.Electro Harmonix recently brought out a new edition of the 60s overdrive pedal. Due to the conductivity of germanium, a volt control (3-9 volts adjustable) became useful, which in combination with the bias control leads to respectable results.The sound ranges somewhere between 60s garage to 70s punk. Of course, with the right playing style, other styles from blues to rock are also possible. The fact is, and here the semiconductor may play its own role in connection with the sophisticated circuit, the sound remains beautifully transparent even at higher distortion levels. The gain can be easily controlled via the volume pot of the guitar, as we know it from tube circuits.
Technical data