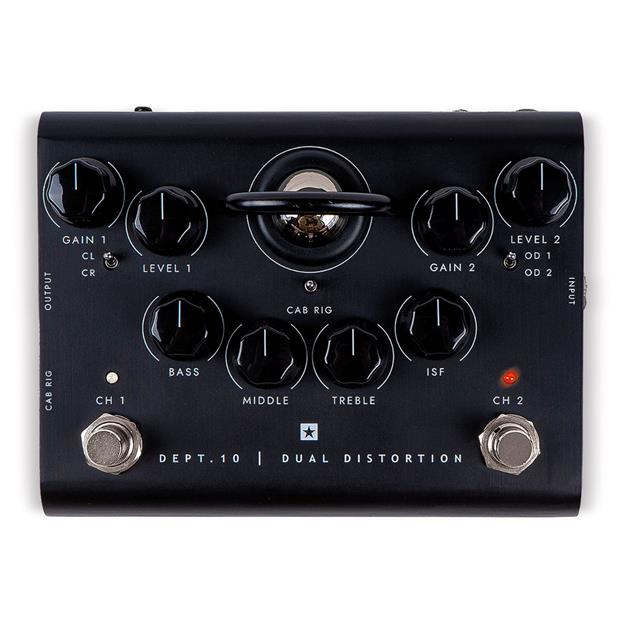 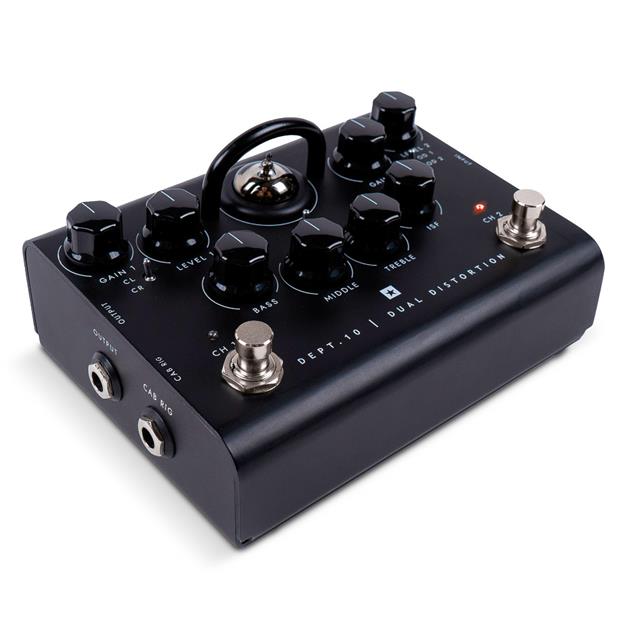 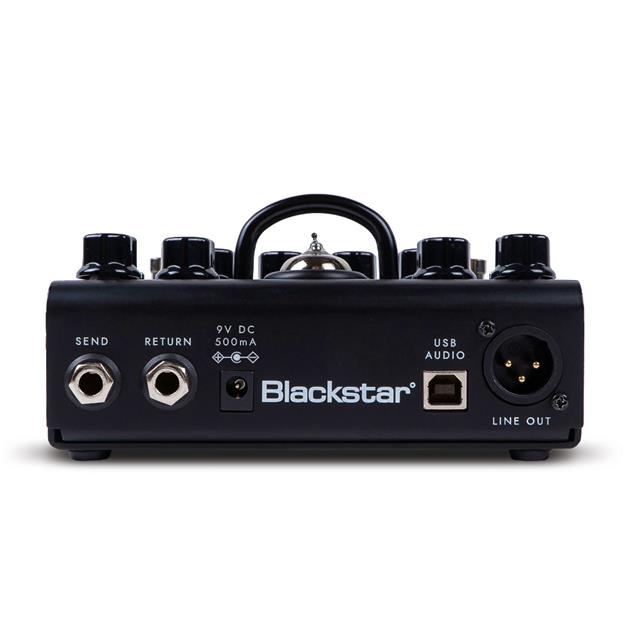 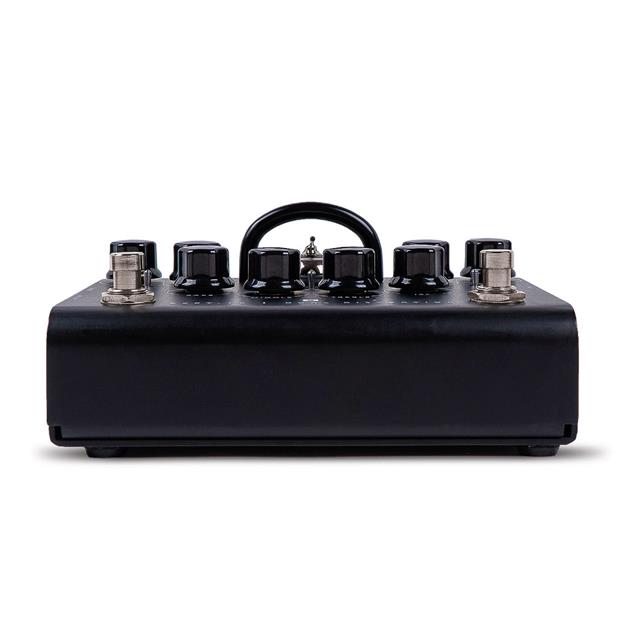 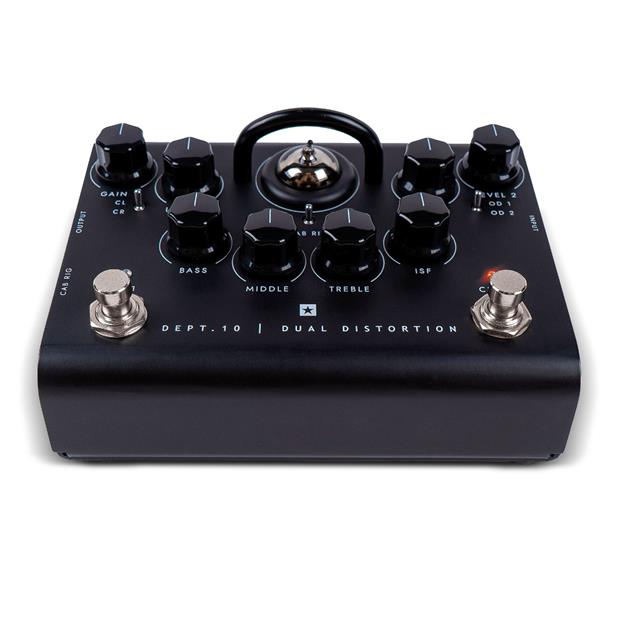 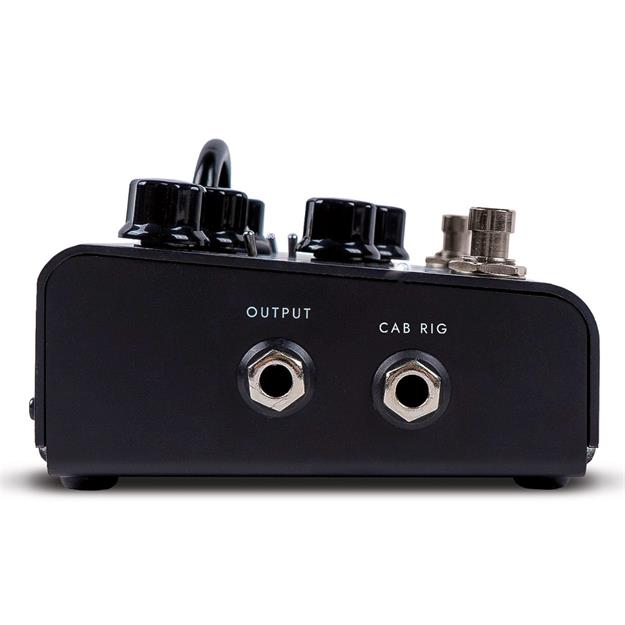 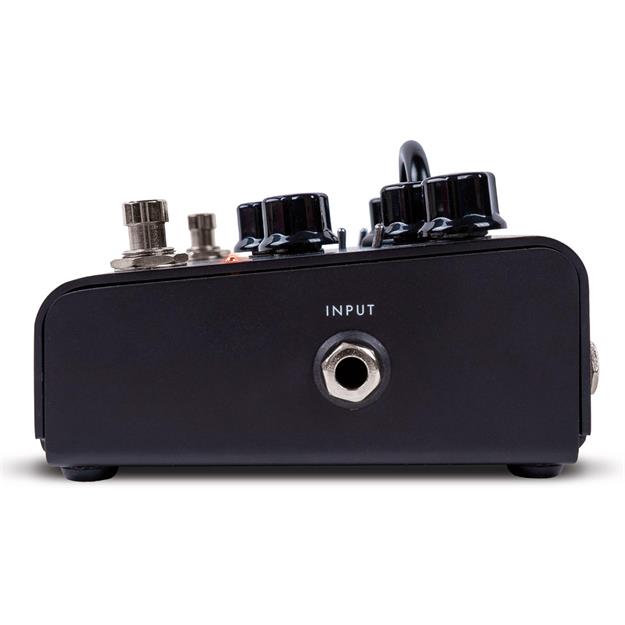 When Blackstar introduced itself at the Frankfurt Music Fair in 2007, no one had any idea that the brand would become one of the success stories of the industry. Not only the fact that the founders were musicians themselves and knew the needs of their guild very well, but also the focus on innovation and high quality might have been responsible for this. It all started with various Tube distortors in floor format.
The Dept series is the youngest generation and follows the HT pedals of the early days. Time has not stood still and so the floor pedals have been given some modern features. In addition to the patented ISF circuit, which allows the character of the sound to be varied continuously from British to Californian, a USB interface and a speaker-simulated output make the device a practical helper when recording at home or in the studio. The basic sound cannot deny its Tube. Distortion with punch, harmonic in the tops and extremely dynamic in terms of attack and output of the guitar are the strengths of such devices. The Dual Distortion has a bit more bite than its overdrive colleague. Two channels, each with two voicings, promise variety and playing pleasure. Precious distortion in floor format for professionals and ambitious players!
Technical data