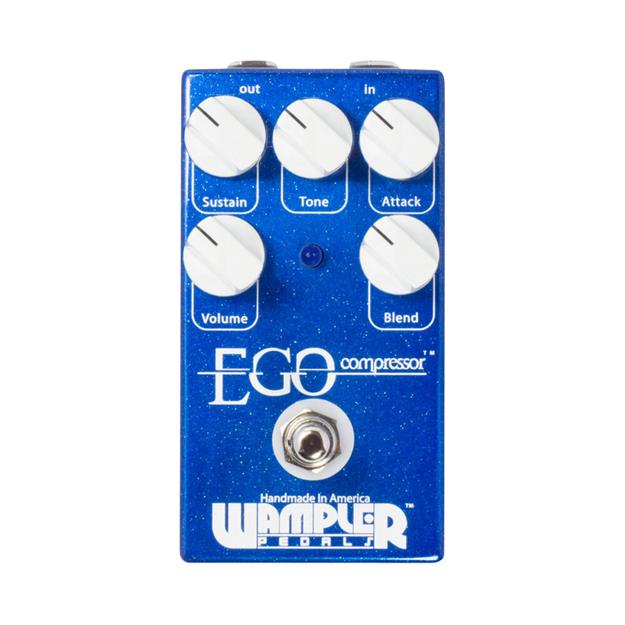 The stories of boutique effect manufacturers often sound very similar. One was dissatisfied with the sound or other musicians asked the talented technician if he could change something in the circuit. Most of the time, the kitchen table or an old garage is converted into a workshop and tinkered and experimented with until hopefully something clever comes out of it. This is exactly how Brian Wampler started, who, according to his own statement, slipped into the role of manufacturer by analysing a modified pedal.The premise of the Ego Compressor is that it should not distort the sound. Sure, a change in dynamics is always an intervention in the sound. What should be interesting is how much of the sound of the signal source remains. The Ego is well positioned in this respect. The trick is a blend control, with which the proportion of the original to the compressed signal can be subtly adjusted. The tone control also deserves a closer look. It gives the signal a certain radiance without the sound becoming unpleasantly scratchy or acrid.Whether the Ego Compressor actually does not distort the sound is ultimately a matter of opinion. The fact is, it always sounds good somehow, even at extreme settings. The Ego Compressor is just as suitable as a constant sound enhancer as it is as a targeted effect to set accents in the course of the game, and that at a very high level.
Technical data