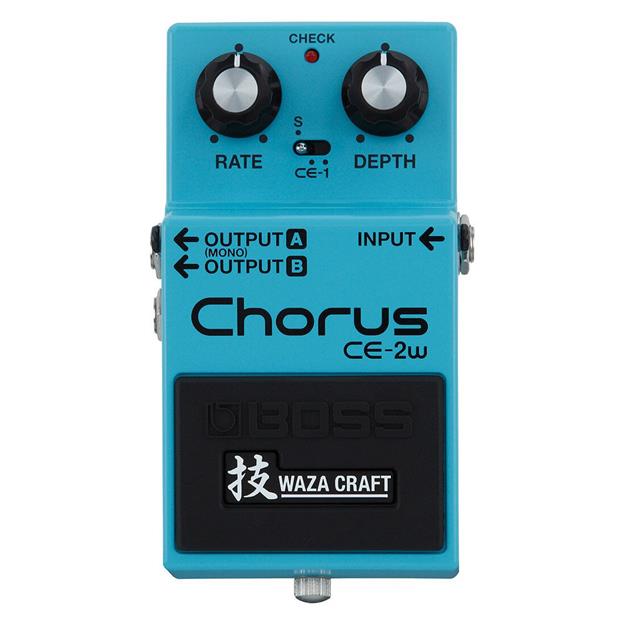 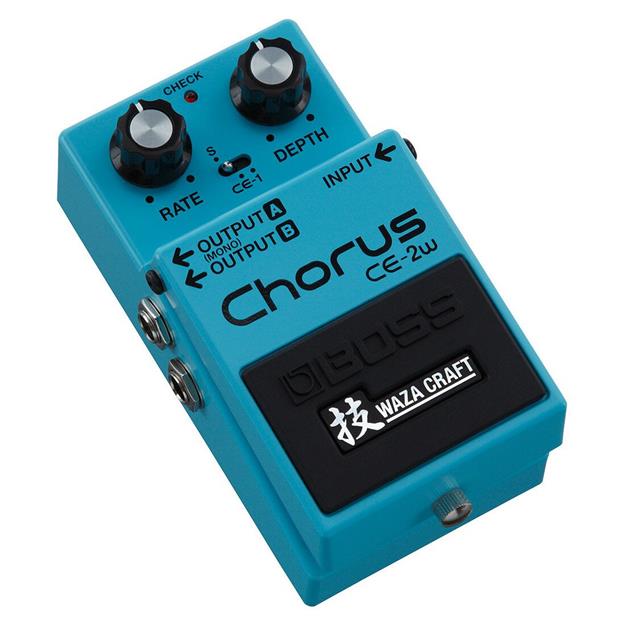 Introduced in 1976, the CE-1 Chorus Ensemble was not only the world's first chorus effect pedal, but also the beginning of BOSS pedal history. Three years after its release, its sound was implanted in the blue CE-2 Chorus pedal. Both devices can be considered reference pedals against which other manufacturers have to measure themselves.Four decades later, BOSS recalls the origin of an effect that musicians still love to use. In 2016, BOSS celebrated 40 years of innovation and of course the original chorus sound cannot be missing: It is now available again with the Waza Craft CE-2W. The standard mode of the CE-2W produces the authentic chorus sound of the CE-2, but expands it with a stereo output that the original did not offer. The CE-1 mode, on the other hand, produces the stereo chorus and vibrato sound of the historic CE-1, the intensity of which can now be dosed as desired. To mark the anniversary, the CE-2W is built entirely in Japan, just like the first BOSS effects pedals, including the CE-1 and CE-2. And here you can see what Shinji Wajima, guitarist and singer of Japanese hard rock veterans Ningen Isu and effects connoisseur, has to say about the Waza Craft Compact pedals. Please note that this item is offered as B-stock and may therefore have visual defects. The original packaging may be damaged or missing. B-goods are checked by us for full functionality and sold as technically flawless. Of course, there are no disadvanta
Technical data