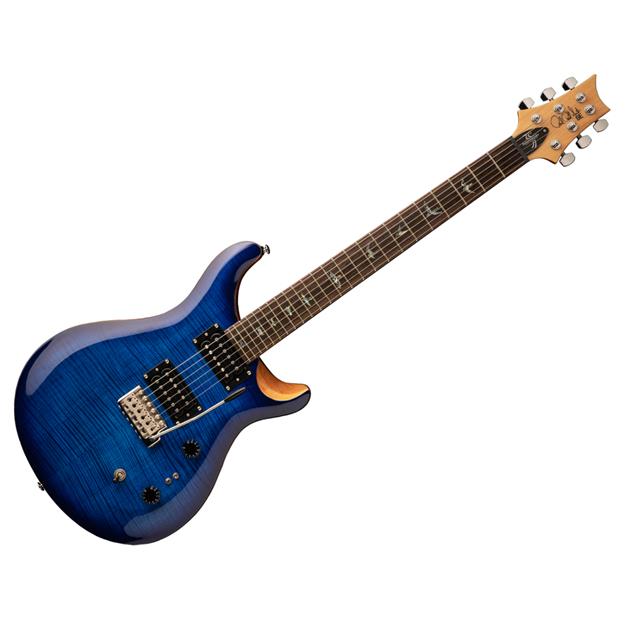 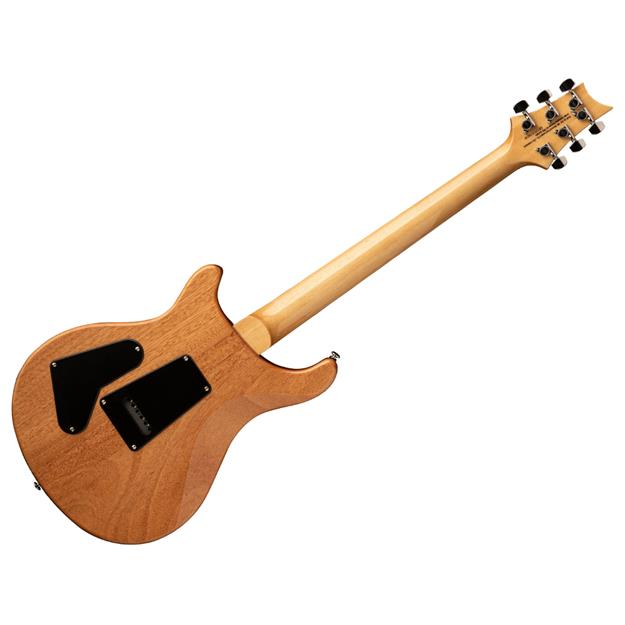 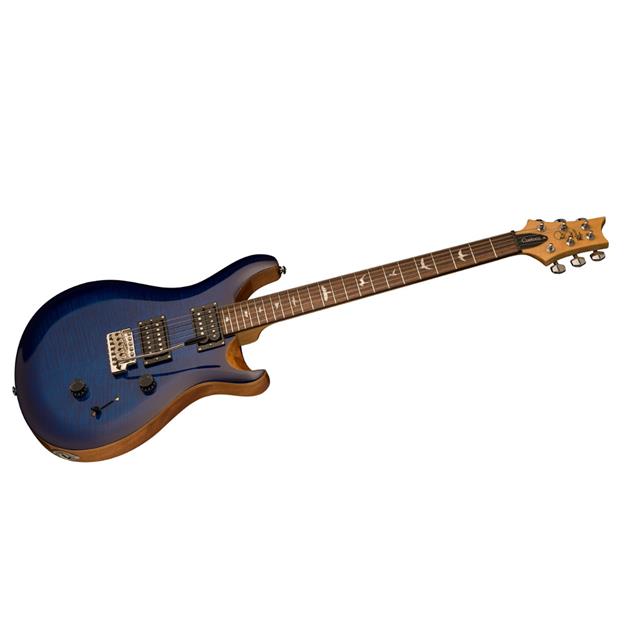 Since the late 1990s, Paul Reed Smith has been successfully manufacturing guitars in South Korea that are much cheaper than the American originals. Smith was aware of the fact that many musicians could not afford his American high-end instruments. With the SE series, the PRS concept is put on a broader footing with a focus on affordability through, for example, simpler bodies, opaque finishes or more simply designed electronic components. However, no compromises are made in terms of quality, and the manufacturer's standards for its products remain as high as ever. The Custom 24 is one of the most successful models in the SE series.
This version takes its inspiration for the finish from similar guitars in the PRS Custom Shop: a top made of attractively grained curly maple. The well-balanced instrument with a slim neck and a wide thin profile is more than just a working guitar for busy musicians. Thanks to the close resemblance to the American model, the lady cannot deny a certain elegance and produces with its mahogany body, maple neck and rosewood fingerboard in combination with the splittable SE 85/15 humbuckers a mid and wiry tone with fast response, which is convincing both clean and distorted.
Technical data