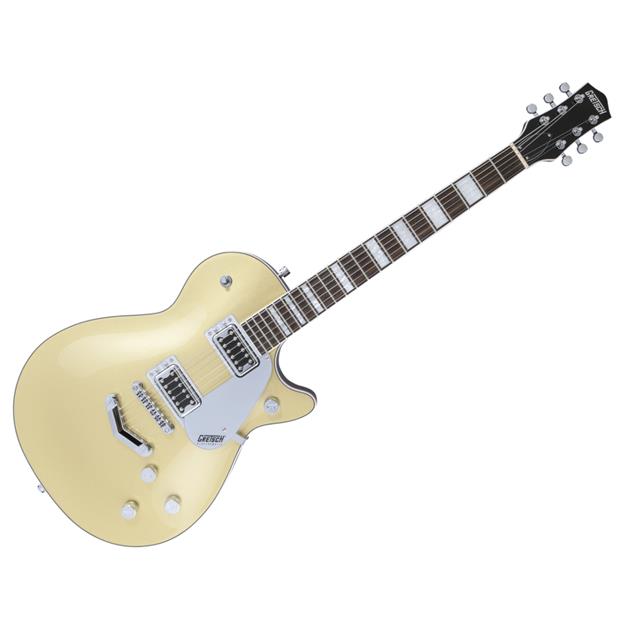 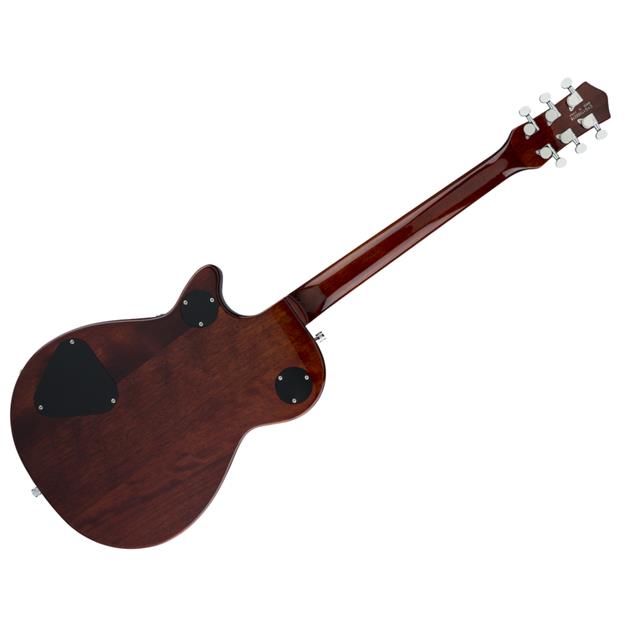 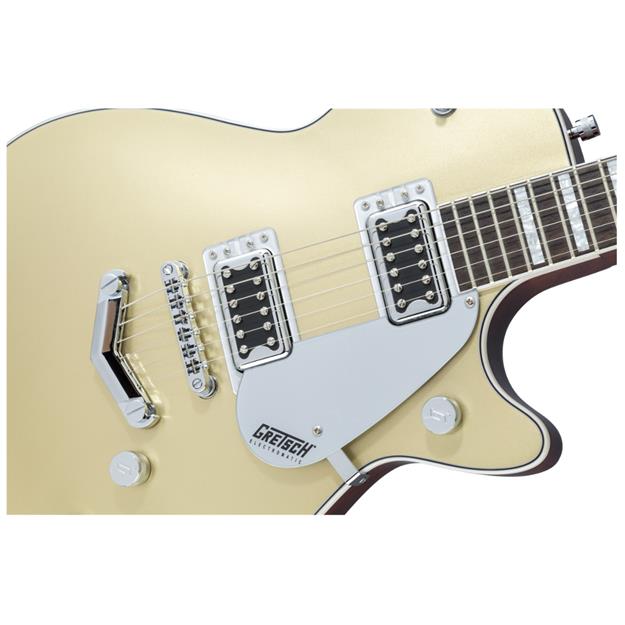 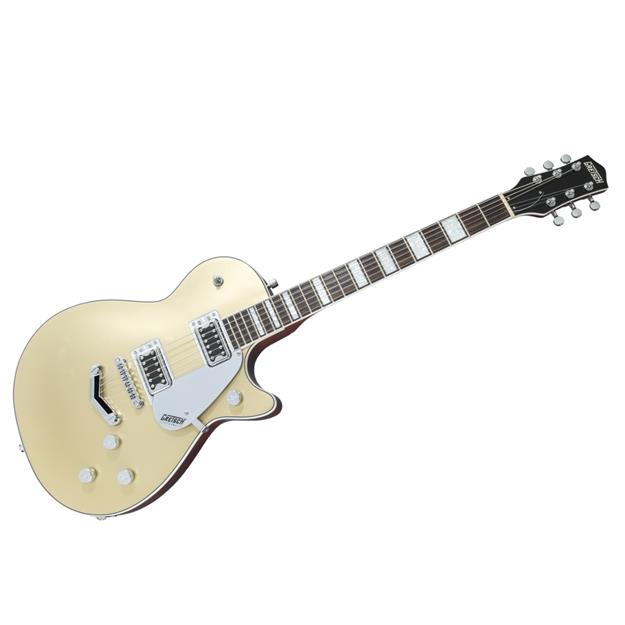 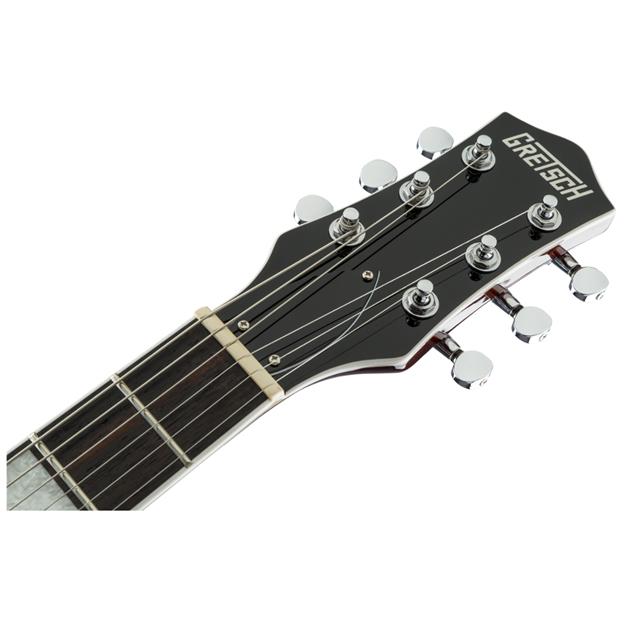 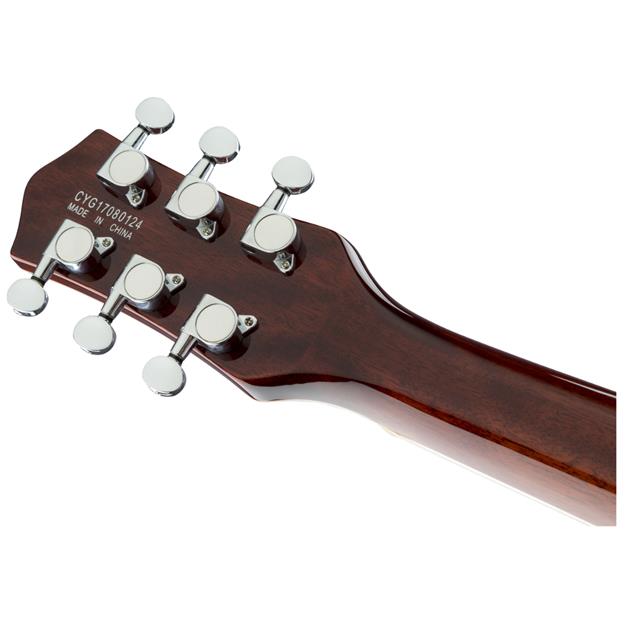 Gretsch built the first Jet guitars as early as the 1950s, which were subsequently popular with well-known artists such as George Herrison and Jeff Beck. The current G5220 Jet FT is based on the brand's early solid bodies, without sacrificing any of the contemporary achievements of today's electric guitar construction. So-called tone chambers are milled into the solid mahogany body, which not only make the instrument lighter, but also give it a certain acoustic touch. The whole thing is covered with a layer of maple, which gives the sound spectrum a few bumps along the way. An adjustable "Adjustomatic" bridge, closed precision mechanics and modern BrodTron pickups are further attributes that give the tonewood a modern touch.The guitar feels good and can be played impeccably. The not too thin neck with a pleasant rounding lies comfortably in the hand. The pickups confirm the rocky character. Are not quite as pointed as the well-known Filtertron of the Semi-Acustics. As a result, the user gets to deal with a basic sound that tends towards PAF, which should be very popular in any blues or rock band.
Technical data