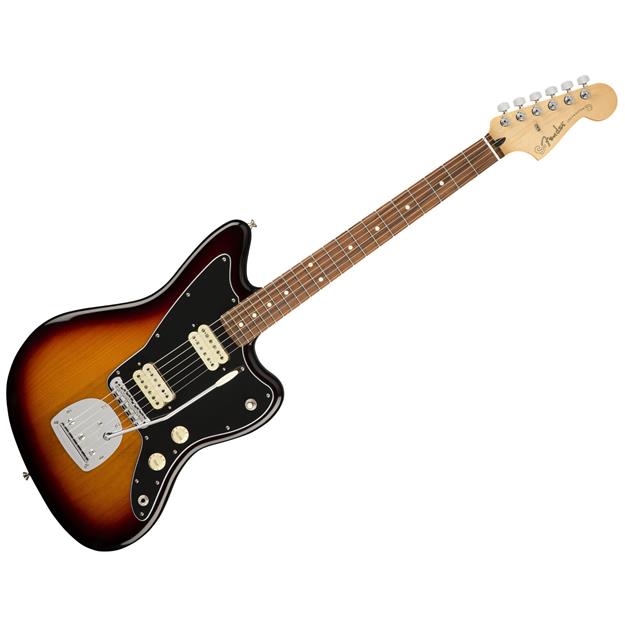 Electric guitar
Log in and write a review
666.00 €
incl. VAT plus shipping costs
not in stock - available from 1.12.2021
Check pick up on site
Availability at our locations
Contact For general questions please contact us by email
info@justmusic.de
Add to wish list
Compare item
Questions about the article
Item too expensive?
Description Tonepedia Reviews

From time to time, US giant Fender revises its models and adapts them to changing conditions. Most recently, this became necessary when some important woods, such as rosewood, were upgraded thanks to the CITES agreement on the protection of species. The Mexican standard series, now called "Player", recently received an update. Instead of rosewood, the models with dark fingerboards are now made of pau ferro (ironwood), a material that does not differ noticeably from the old, tried-and-tested rosewood in terms of sound and playing feel. Maple, of course, remained maple.The Jazzmaster was intended as the brand's top model at the end of the 1950s, but could never match the success of the Strat and Tele. In the 70s it was almost forgotten. It was not until twenty years later that punks and grunge rockers brought them back into consciousness, since those models, like the Jaguar, could be had second-hand at comparatively low prices. In the meantime, the Jazzmaster has become one of the "classics" of the electric guitar, individual in sound, appearance and handling.