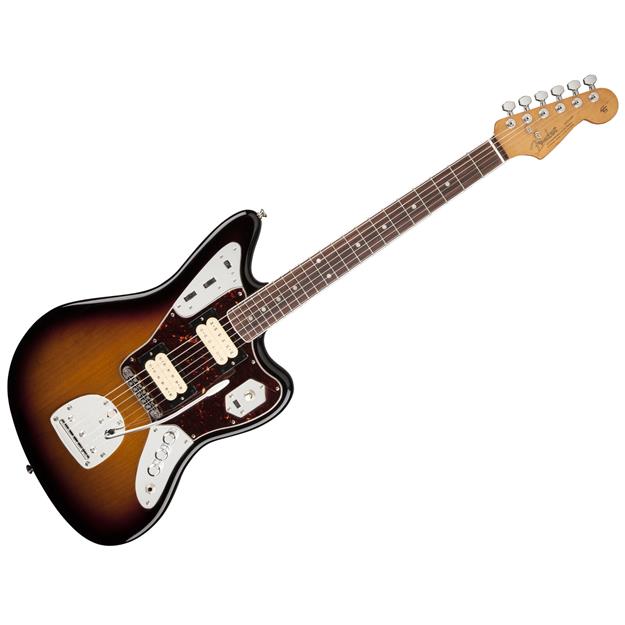 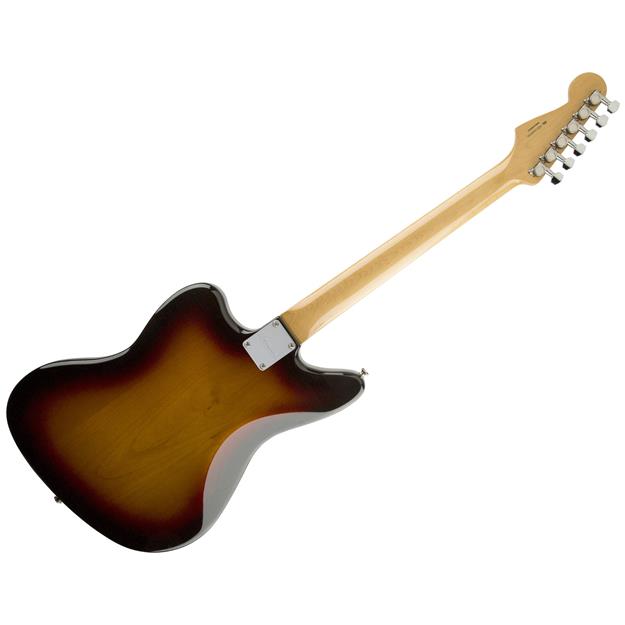 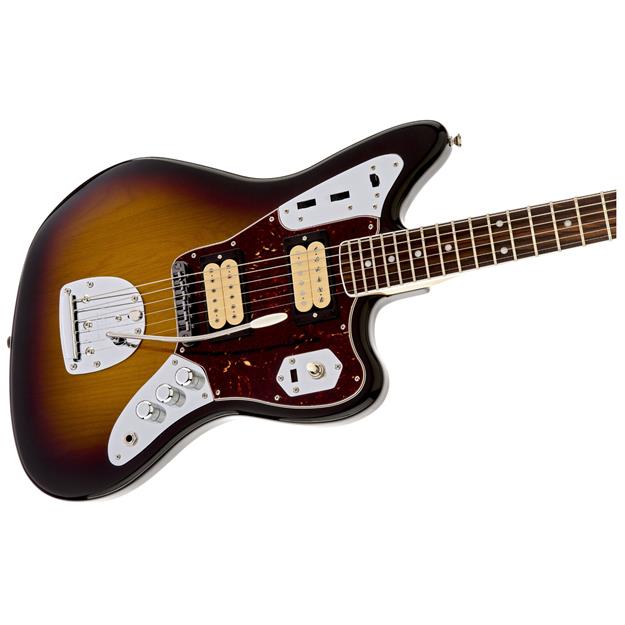 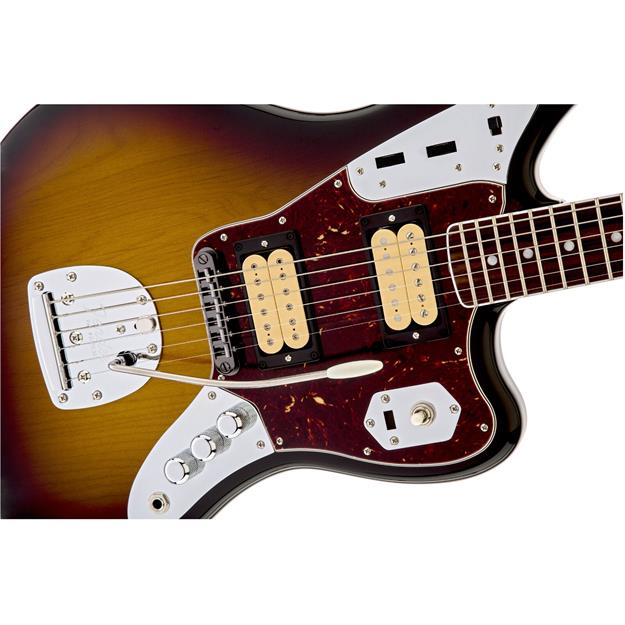 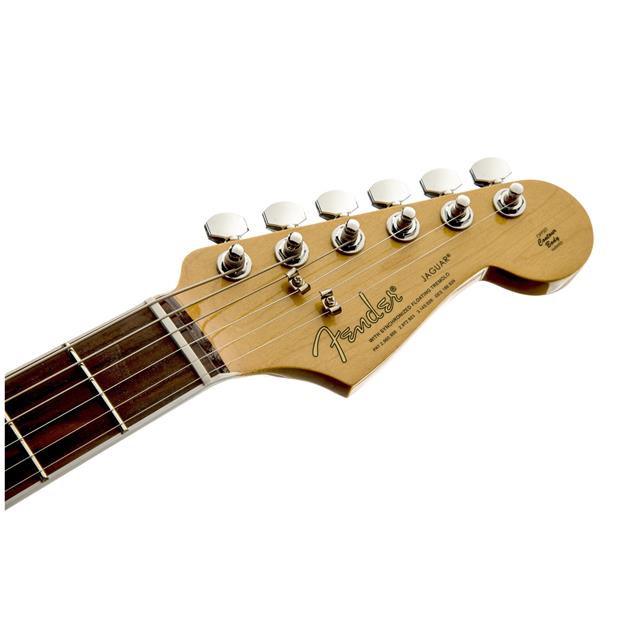 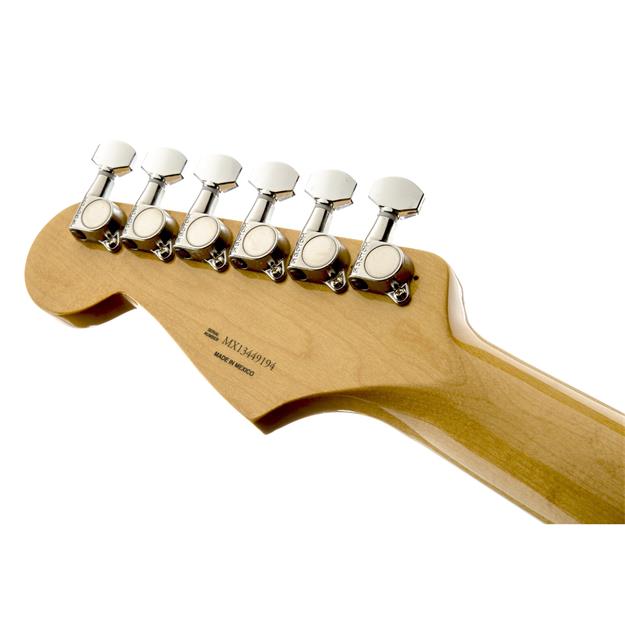 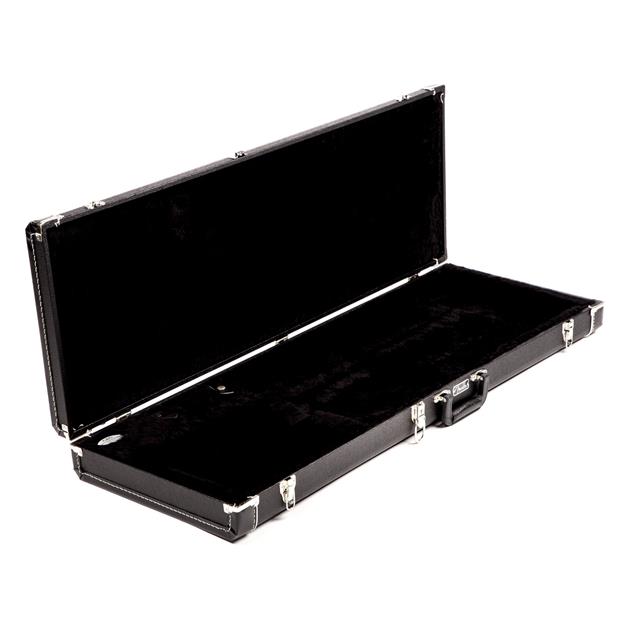 In the early 90s of the last century, Kurt Cobain stirred up the stagnating rock music scene and founded an entire music genre: grunge. Fender's Jaguar and Jazzmaster models were popular with the new wilds, as they could be bought second-hand for comparatively little money. Cobain had bought such an instrument in a pawnshop, a '65 Jaguar, which he not only treated quite roughly, but also adapted in parts to his needs. The Dimarzio pickups (PAF DP 1003 and Super Distortion DP 100) should definitely be mentioned, as they give the guitar considerably more output and more bite in the distortion range. The Mexican Curt Cobain commemorative Jaguar has two volume controls and a tone pot. Instead of the usual slide switches, the pickups are controlled by a 3-way toggle, which proves to be very practical. The traditional rhythm-lead-circuit above the pickups has been preserved. The guitar is accurately finished and adjusted. The electronics, especially the pickups, allow a variety of sound, so that one is thankfully not limited to the style of the namesake. The neck feels almost Strat-like, which suits this circumstance. It comes with a black vinyl hardshell case and Fender's exclusive Kurt Cobain book with photos and commentary by Charles Peterson and an in-depth interview with Nirvana guitar technician Earnie Bailey.
Conclusion: An instrument that should also appeal to musicians who have so far had reservations about this type of guitar.
Technical data