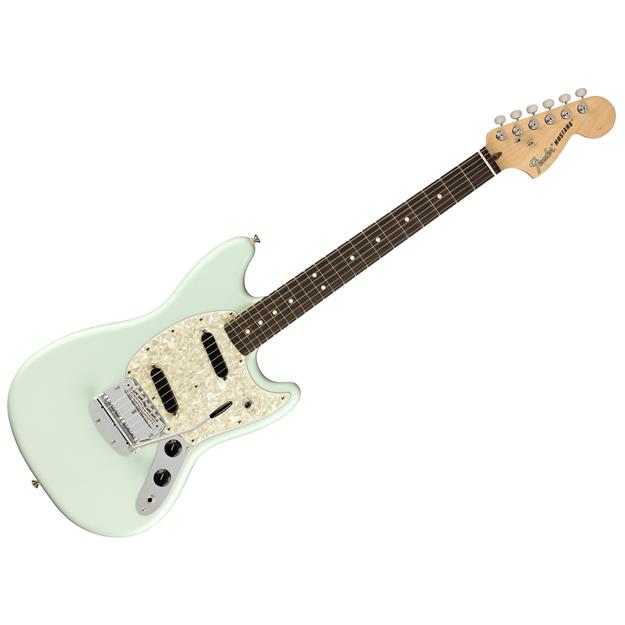 Electric guitar
Log in and write a review
1,149.00 €
incl. VAT plus shipping costs
Not in stock
Check pick up on site
Availability at our locations
Contact For general questions please contact us by email
info@justmusic.de
Add to wish list
Compare item
Questions about the article
Item too expensive?
Description Tonepedia Reviews

The Mustang, which was first introduced in 1964, was to be reserved for the upper entry-level class. The aim was to close the gap between the inexpensive and the top models. At first, the instrument, one of the last that Leo Fender still designed himself, was not lucky. Guitarists became more virtuosic and preferred to play Strats and Paulas. The Mustang suffered a similar fate to the Jazzmaster - production was discontinued in 1981 - and, like other initially unloved electric guitars, successive generations of musicians brought it out of obscurity. Curt Cobain is probably the most famous protagonist.Currently, Fender has included the Mustang in the Performer programme launched at the end of 2018. The guitars are dainty, easy to handle and reminiscent of times long past. Musically, they serve preferences between grunge, alternative, surf, even punk is conceivable. Only the musicians themselves set the limits. .