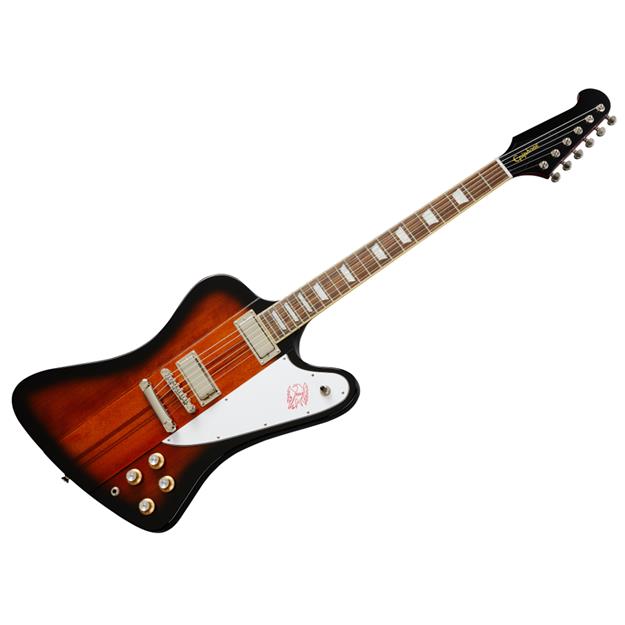 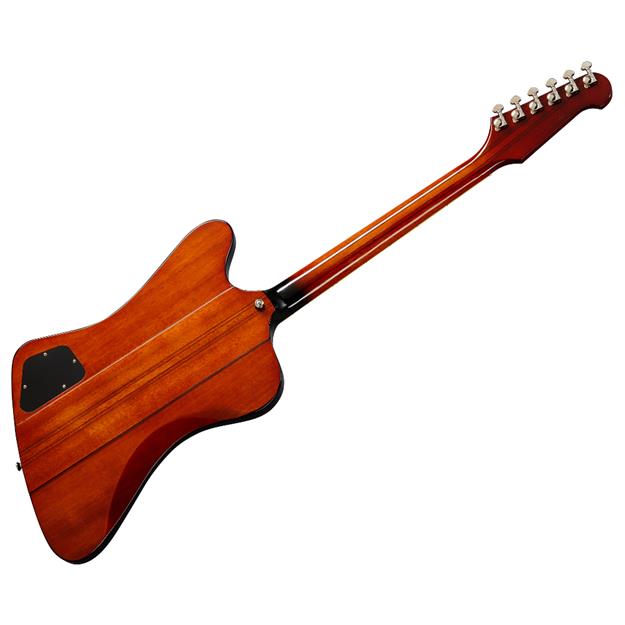 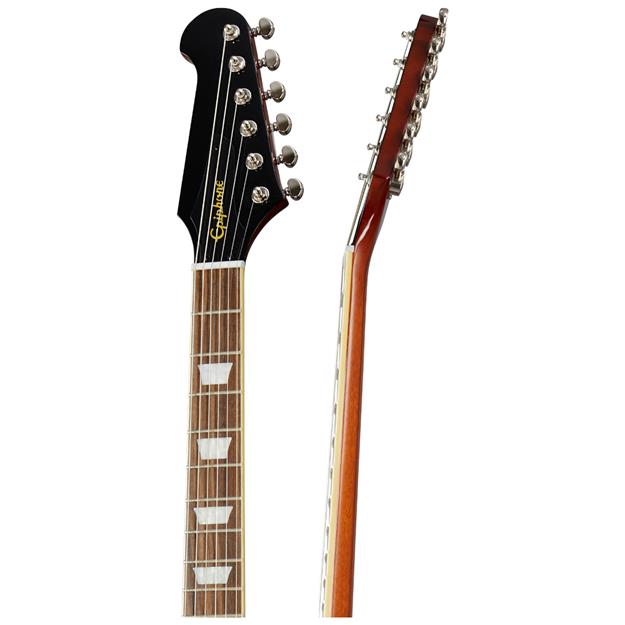 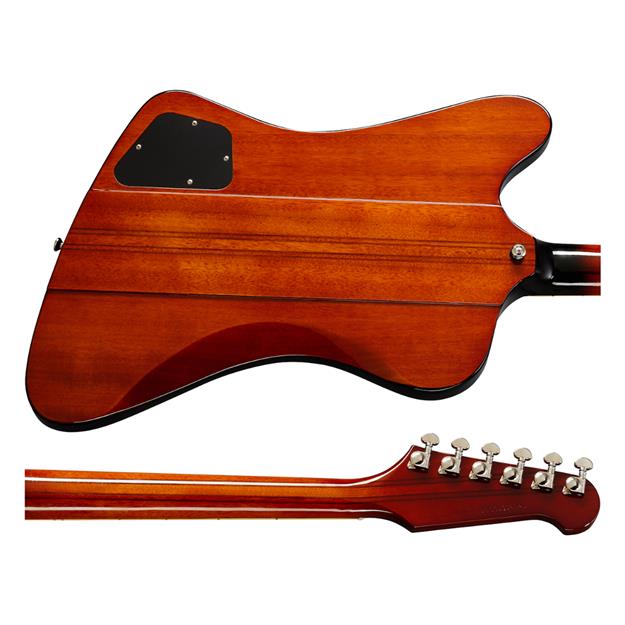 Of all things, it was a car designer who created the shape of the Firebird, which was presented in 1963. After the initially unsuccessful attempt to distinguish itself as a modern company with the Flying and Explorer, it represented a new attempt with the same intention. The reverse design of Raymond Dietrich (Lincoln, Packard) seemed more pleasing than the attempts of 1958 due to rounded corners and a new headstock.
A continuous neck and specially developed pickups provide sustain to the horizon, the glued-on mahogany frets emphasise the warm basic sound of the instrument. At the time, it was hoped that the instrument would appeal to jazz musicians, who were generally considered to be more open to unusual forms. But after the initial failure of the Explorer, it was the blues rockers who gave the guitar the attention it deserved. Gary More and, of course, the unforgettable Johnny Winter are two of the protagonists who should be mentioned here.
Epiphone's current Firebird is clearly oriented towards the specifications of the American parent company Gibson. Only the mechanics are based on reliable Grover Minis. Originally, banjo tuners were used, which were somewhat problematic in terms of tuning stability and fine tuning. This has now been implemented in a contemporary way. Please note that this item is offered as a display item and may therefore have slight visual defects. The original packaging may be damaged or missing. Exhibition items are checked by us for full functionality and sold as technically flawless. Of course,
Technical data