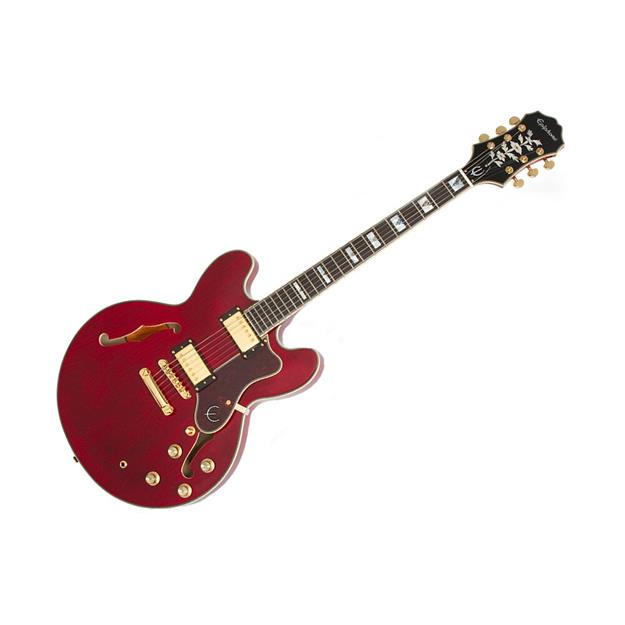 Semi acoustic electric guitar
Log in and write a review
688.00 €
incl. VAT plus shipping costs
Not in stock
Add to wish list
Compare item
Questions about the article
Item too expensive?

Introduced in 1955, the ES-335 by Gibson is the guitar par excellence for many jazz and blues guitarists, but also for many a rocker. The combination of a full-bodied warm sound and minimised sensitivity to annoying feedback made it a sought-after stage instrument. Since then, the design has been copied, varied and refined again and again. To counter cheap copies, Gibson established its own line of semi-acoustics through its subsidiary Epiphone, of which the Sheraton II Pro is one of the top models.As with the original, the body is made of laminated maple. A sustain block to suppress feedback was glued centrally between the top and the back. Two powerful Premium ProBuckers bring the expected sound adequately to the ear.The instrument is cleanly finished and is on a high quality level for the price range. The slim neck, the excellent ballance and last but not least the vintage feeling of the guitar should convince even sceptics and undecided people.