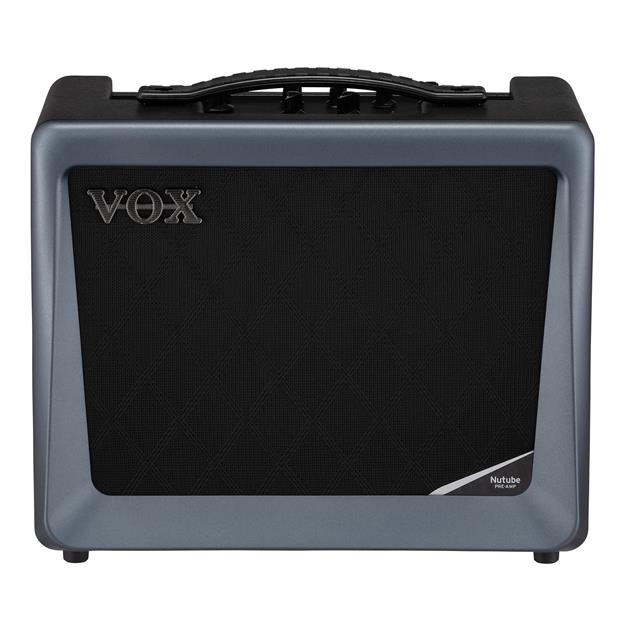 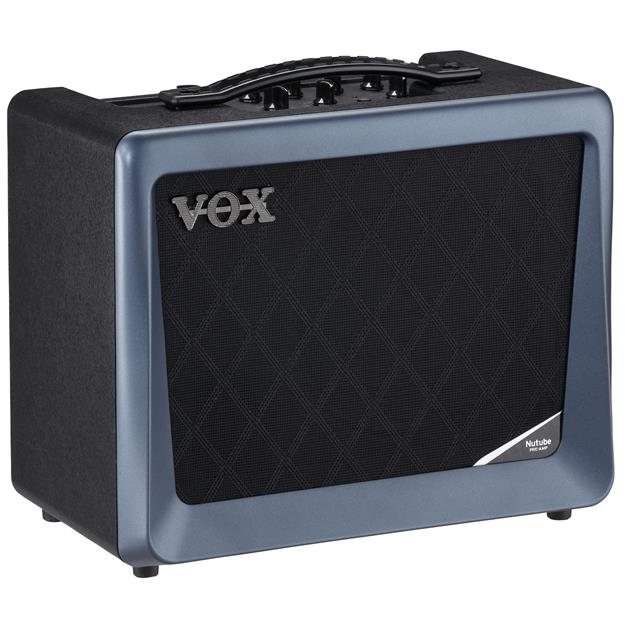 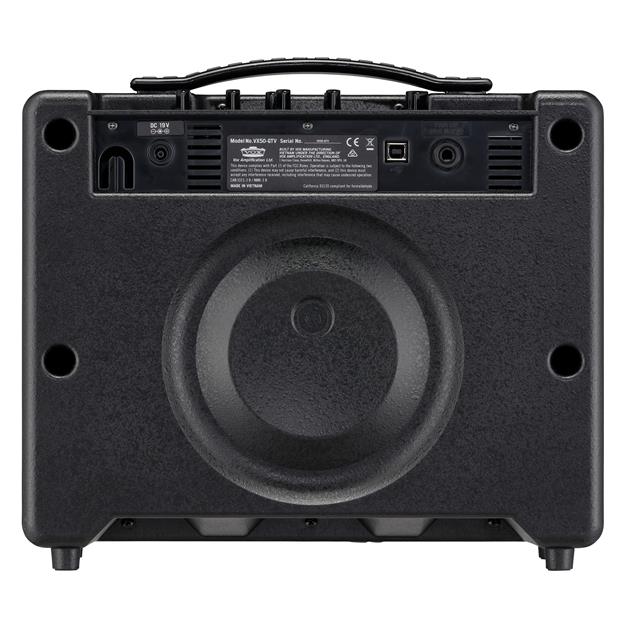 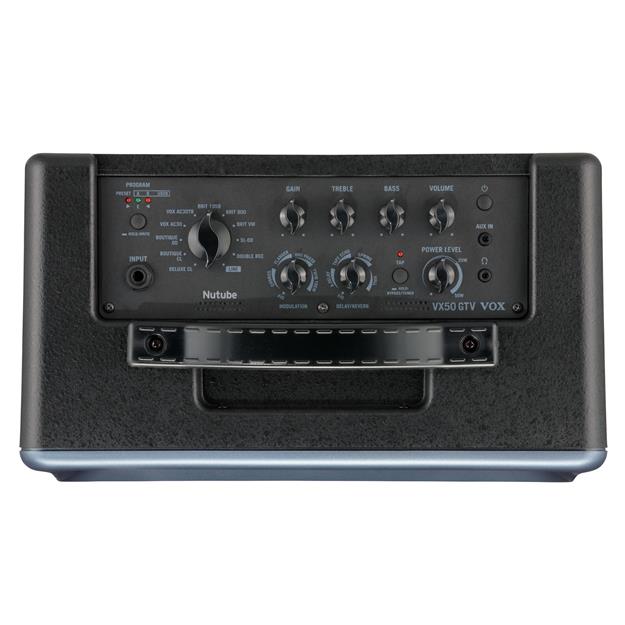 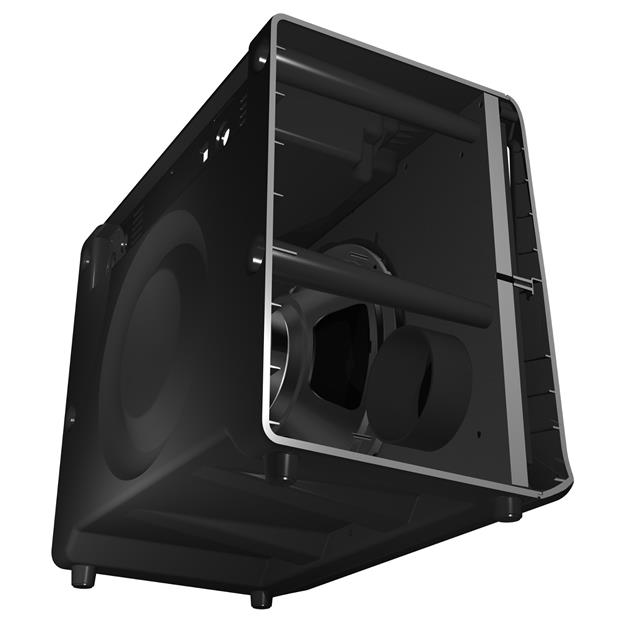 Vox modelling amps have a long history. In 2001, the first modelling circuit was built into the VT series, which turned out to be successful amps for stage and studio. The current VX50GT is a compact, very light amplifier that is capable of covering all areas of electrically amplified music with 11 models. The sounds are underpinned by eight effects, two of which can be combined simultaneously. The designers have sensibly separated spatial sound (reverb, delay) from modulation effects. The amplifier contains a modern tube called Nutube, which was developed by Korg. Thanks to the electroluminescence technology used with the same construction as a conventional tube, the Nutube has helped several products from VOX achieve a breakthrough. The overdrive, compression and response typical of a tube are clearly perceptible. A drastic weight reduction is only one of the advantages. Powerful sound, low weight and a wide range of applications - that's exactly what musicians who are looking for a great-sounding all-rounder want.
Technical data