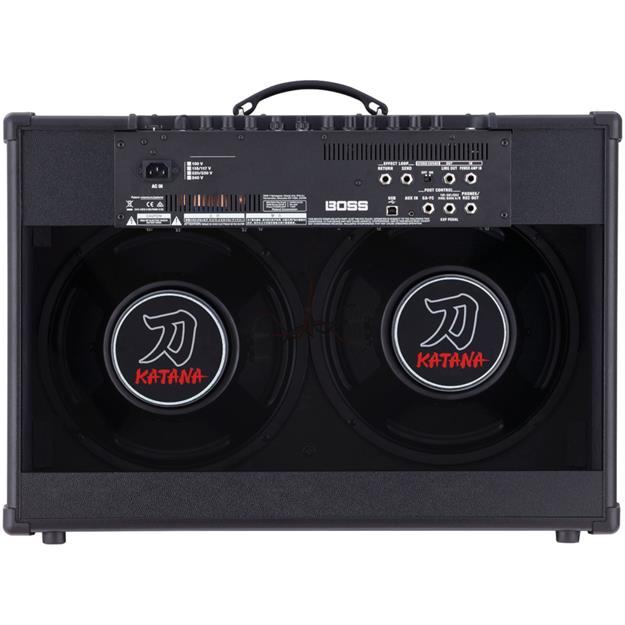 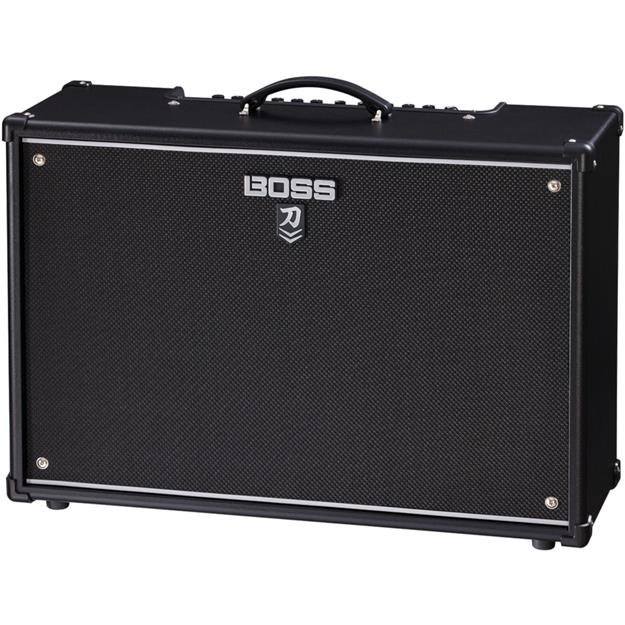 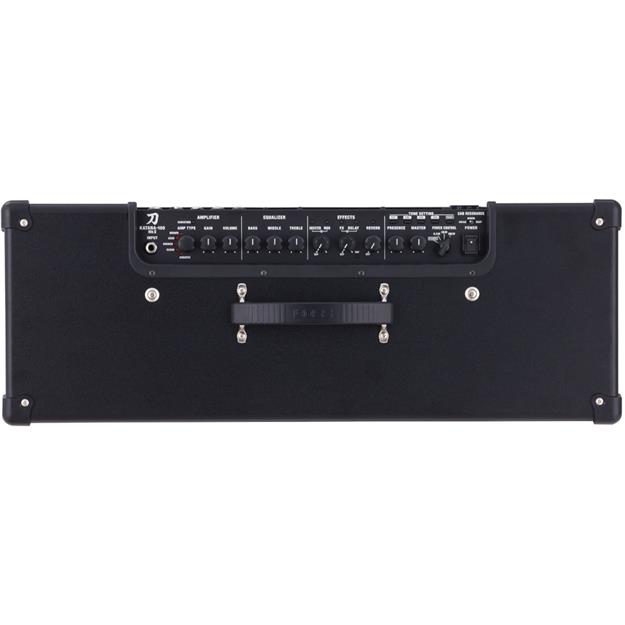 BOSS launched the first Katana series in 2016, which has enjoyed great popularity ever since. In 2019, the manufacturer followed up with the MKII version, which, in addition to the previous amp sizes, includes three additional combos and a top, all of which are suitable for use on stage in terms of performance parameters.
In addition to the five primary amp characters of the original series, each Katana MkII model has been expanded to include new tonal variations. The individual models cover every conceivable direction and range from sparkling clean to modern high-gain sounds, including modes optimised specifically for electro-acoustic guitars.
In addition, five effect categories can now be used simultaneously instead of the previous three. Ex works, all amplifiers have an independent booster, mod, FX, delay and reverb section with three variations each. In total, there are 15 ready-to-play effects. The BOSS Tone Studio Editor software for Windows and Mac allows guitarists to customise their sounds in much more detail and access more than 60 different effect types, change the effect order and much more.
In addition to being used as a stand-alone amplifier, the Katana MkII amps can be used as a power amp for a preamp, modelling amplifier or multi-effects unit. Signals are fed directly into the Tube Logic power amp section, including power adjustment, via the Power Amp jack input on the rear. In addition, the input can be adapted to different input sources via the BOSS Tone Studio by means of a high-pass filter and adjustable gain. Please note that this item is offered as B-stock and may therefore have slight optical defects. The original packaging may be damaged or missing. B-goods are checked by us for full functionality and sold as technically flawless. Of course, there are no di
Technical data

JustPoints
Get up to 10% discount.