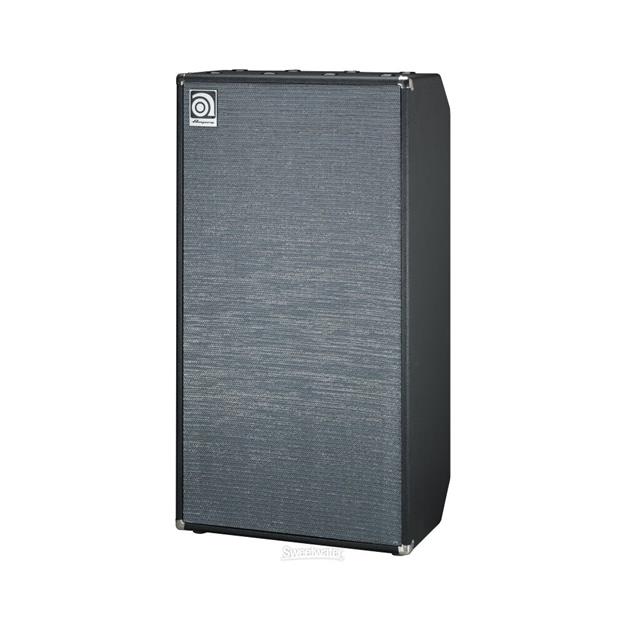 8x10 bass speaker
Log in and write a review
1,399.00 €
incl. VAT plus shipping costs
Not in stock
Check pick up on site
Availability at our locations
Contact For general questions please contact us by email
info@justmusic.de
Add to wish list
Compare item
Questions about the article
Item too expensive?
Description Data sheet Tonepedia Reviews

The 1960s and 70s were the golden age of rock music; the time of worldwide tours and big outdoor festivals, especially Monterey and Woodstock, had arrived. And in such live situations, the 50 watts of an Ampeg B-15 or Fender Bassman simply no longer provided the necessary power, which is why it is understandable that in the (late) 1960s amplifiers became more and more powerful. In order to keep up with such bolides as the mighty Acoustic 360/ 361 stack or the Marshall Major, Ampeg developed the 300 watt Super Vacuum Tube amplifier, SVT for short. Now, of course, a speaker was needed that could also convert this power, the result was the famous „refrigerator“, the SVT-810, here in the „Anniversary“-version.

The eight speakers, specially developed by Eminence for Ampeg, perform their duties in a closed cabinet. This means that their diaphragms are slightly less extended, which compresses the sound a little. Despite enormously powerful basses and mids, the speaker does not sound dull in the highs, but very balanced. A useful feature is the possibility to operate the speaker in stereo mode, whereby the speakers are internally connected in two groups of four. Thanks to a very stable poplar plywood construction and a tolex coating, the speaker is absolutely roadworthy and with the historically correct silver front covering it also looks very chic.