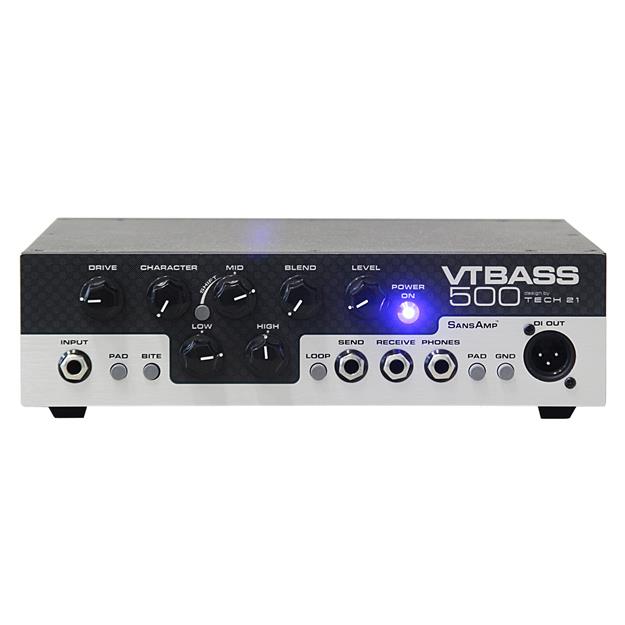 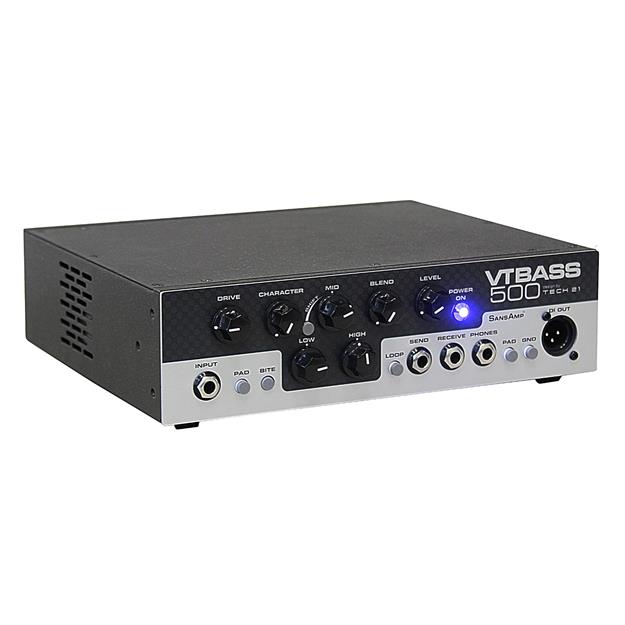 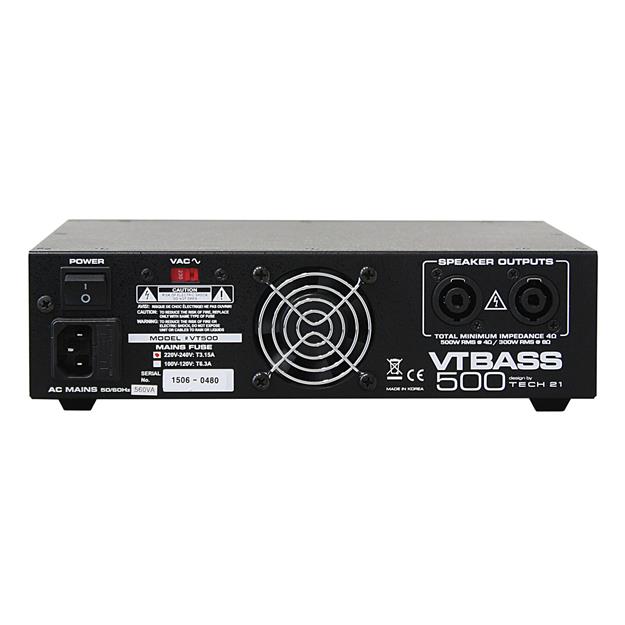 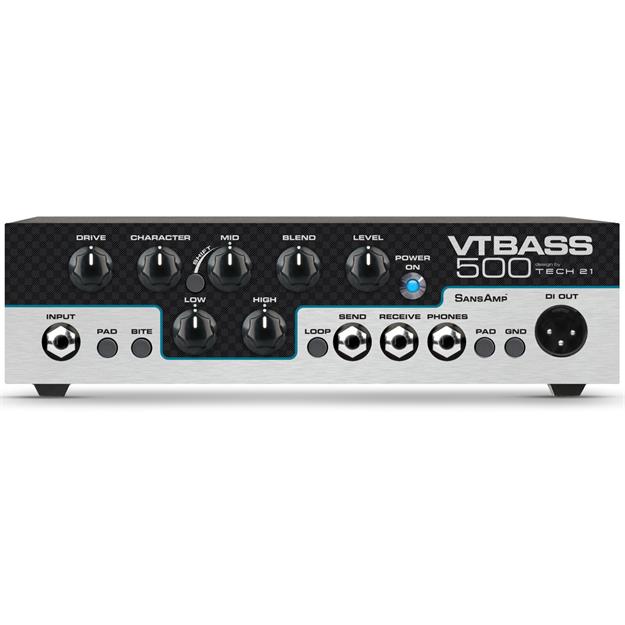 New York bassist Andrew Barta was so frustrated one day by the lack of bass equipment that didn't require a lot of tweaking to get a good sound that he decided to develop his own bass preamp to help him in the studio. Barta didn't even think of becoming a manufacturer himself, but offered his SansAmp to various manufacturers, none of whom showed any interest - that was the birth of Tech 21.

The VT-500 is, in a way, the further development of the original SansAmp in amplifier form. The core is the VT preamp, which is already known from Tech 21's character preamps. With the Character control, the sound structure can be completely changed, so that you can blend continuously from the pristine sound of the SVTs of the 1960s to rich funk and rough overdrive sounds to brute distortion between the most diverse sounds of the last decades. The effective active three-band tone control and the drive control allow you to adjust versatile timbres, while the bite switch boosts the präsences to create tighter distorted or more defined clean sounds. The Blend knob controls the mix of the unprocessed instrument signal and the R&O emulation. Other features include a switchable D.I. output in XLR format for direct connection.output in XLR format for direct connection to a mixing console or PA system, an effects loop, a headphone output, Speakon speaker connections and a switching power supply that can be used worldwide.

This makes the VT-500 a professional amplifier with flexible sound that can cope with any musical situation, in the well-known and proven Tech-21 quality.