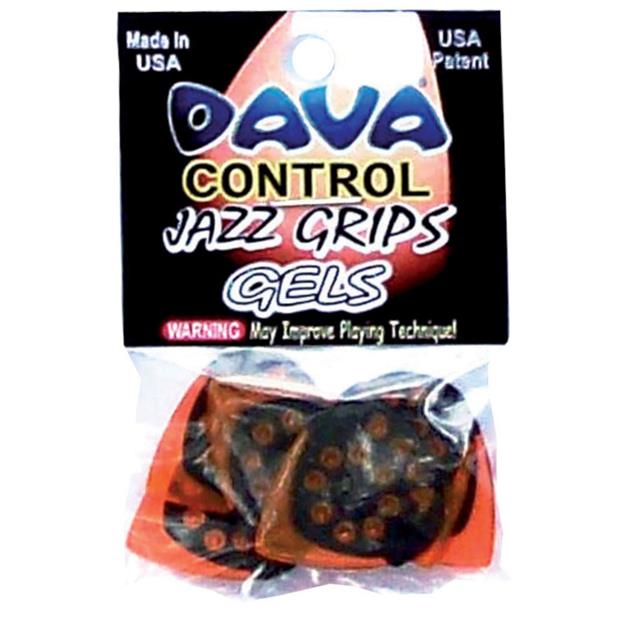 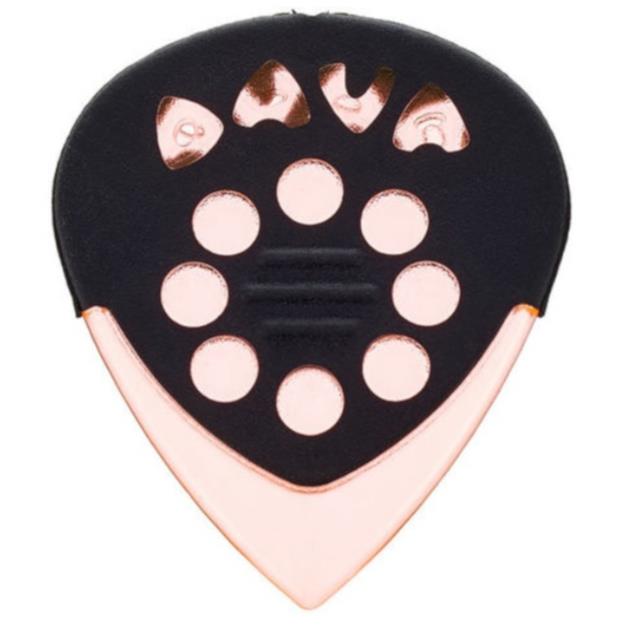 The history of Dava picks began in 1975, when the Briton Dave Storey not only repaired guitars in a London music shop, but also developed a new vibrato system for guitars, which attracted great interest from musicians such as David Gilmour. In search of a producer for his creation, Storey joined forces with Gary Kahler, inventor of the Kahler vibrato, after moving to the USA in the early eighties and Storey's creation became the Kahler Flat and Stud Mount Tremolo System, popular not only with well-known artists such as Neil Schon, Jeff Beck or Alex Lifeson. Storey's next stroke was to develop a new type of pick that would be flexible enough for all possible uses. The Dava Control Pick has a thickening in the middle, depending on how far you hold the pick towards the tip, this makes it stiffer or more flexible, which also removes the need for different pick thicknesses. The Jazz Grip Pick is a further development of the original Control Pick. Like the original Control Pick, it has a thickening in the middle, which allows flexible adjustment of the playing dynamics. On the other hand, it has a generous rubber coating, which and the grooves in the middle of the pick ensure a first-class grip when playing. All Dava picks are made in the USA and are subject to Dava's quality control. .
Technical data