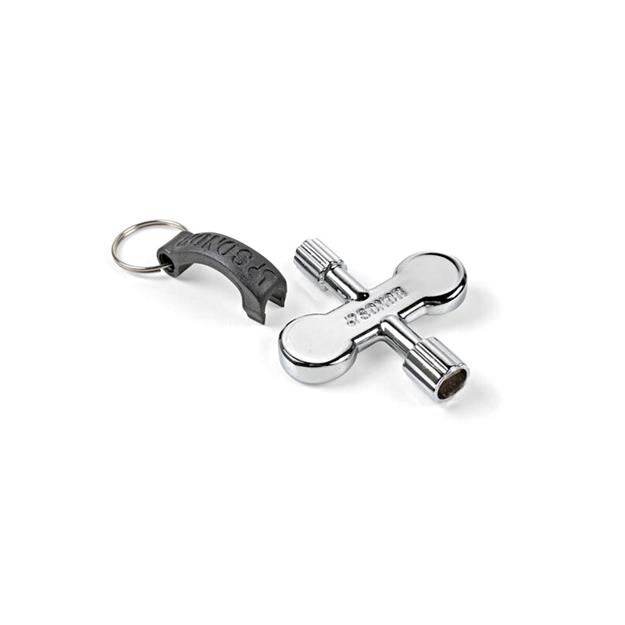 The RK combines 2 tuning keys, one side is for the common 4-sided screws. The other side is exclusively for the optional slotted screws of the SQ2 series. The RK is not suitable for old SONOR slotted screws (with 1/4" thread). For old SONOR drums up to and including the Designer series, as well as the marching range, other tuning keys are needed, such as the MK Multi Key or the DK 5072.
Technical data